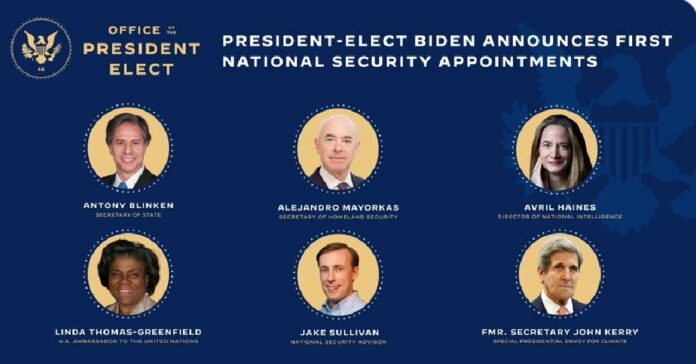 President-Elect Joe Biden announced Monday that former Secretary of State John Kerry has been named as his Special Presidential Envoy for Climate.

Kerry played a crucial role in negotiating the 2015 Paris climate accord, which President Donald Trump officially pulled out of earlier this year.

Mayorkas is the first Latino and immigrant picked to head DHS.