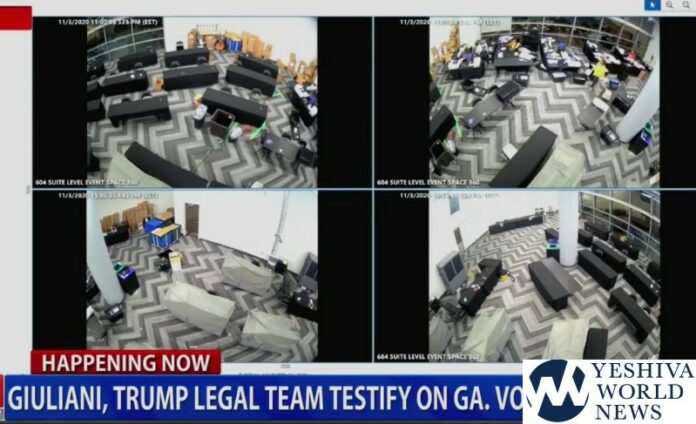 With Georgia’s counties due to certify their results before noon on Friday, Trump is far from conceding. At a hearing before the State Senate on Thursday, Trump campaign lawyer Rudy Giuliani asked witnesses to present evidence of alleged election fraud to Republican lawmakers, with one video in particular standing out.

The video footage, captured from CCTV cameras inside a counting center at State Farm Arena in Atlanta, purportedly shows staff there retrieving suitcases of ballots from underneath a table and counting them, long after counting had officially been paused and poll workers sent home on election night.

Trump’s team estimated that several thousand ballots could have been counted in the two hours where nobody else was present in the arena.