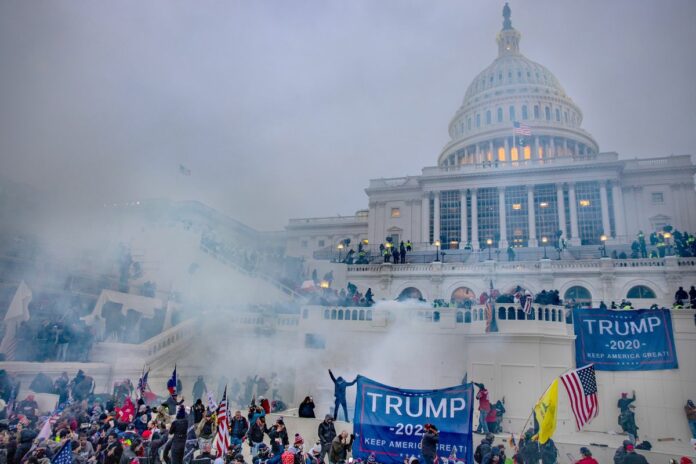 The Department of Justice has opened 170 subject files – meaning individuals identified as persons who potentially committed crimes – on rioters from the Capitol, Acting DC US Attorney Michael Sherwin said at a news conference today.

He said they have already opened “over 70 cases” and expect the number of individuals charged “will grow to the hundreds in the next coming weeks.”

On the types of cases that DOJ is charging, Sherwin said, the “gamut of cases” and misconduct that they’re looking at “is really mind-blowing.”

Sherwin says that some of the misdemeanor charges brought against the people who sieged the Capitol were intended as placeholder counts and that more serious charges including sedition are possible. He says the Justice Department has created a specialized task force that will look at everything from travel to movement of the individuals.

The FBI is tracking money, travel records, movements of people and communications in addition to following tips from the public and footage and photos from the scene on Jan. 6.

Feds say they shared "a lot of intelligence" with Capitol Police before riot pic.twitter.com/JuVvjQ9Xwz

Meanwhile, the FBI is warning of plans for armed protests at all 50 state capitals and in Washington, D.C., in the days leading up to President-elect Joe Biden’s inauguration, stoking fears of more bloodshed after last week’s deadly siege at the U.S. Capitol.

An internal FBI bulletin warned, as of Sunday, that the nationwide protests may start later this week and extend through Biden’s Jan. 20 inauguration, according to two law enforcement officials who read details of the memo to The Associated Press. Investigators believe some of the people are members of extremist groups, the officials said. The bulletin was first reported by ABC.

“Armed protests are being planned at all 50 state capitols from 16 January through at least 20 January, and at the U.S. Capitol from 17 January through 20 January,” the bulletin said, according to one official. The officials were not authorized to speak publicly and spoke to the AP on condition of anonymity.

The FBI issued at least one other bulletin — they go out to law enforcement nationwide on the topic — before the riots last week. On Dec. 29, it warned of the potential for armed demonstrators targeting legislatures, the second official said.

“While our standard practice is to not comment on specific intelligence products, the FBI is supporting our state, local, and federal law enforcement partners with maintaining public safety in the communities we serve,” the bureau said in a statement. “Our efforts are focused on identifying, investigating, and disrupting individuals that are inciting violence and engaging in criminal activity.”

The FBI said it wasn’t focused on peaceful protests but “on those threatening their safety and the safety of other citizens with violence and destruction of property.”

Army Gen. Daniel Hokanson, chief of the National Guard Bureau, told reporters Monday that the Guard is also looking at any issues across the country,

“We’re keeping a look across the entire country to make sure that we’re monitoring, and that our Guards in every state are in close coordination with their local law enforcement agencies to provide any support requested,” he said.