“But now with just eight days left in the President’s term, you and Democratic Caucus are demanding that the Cabinet and I invoke the 25th Amendment. I do not believe that such a course of action is in the best interest of our Nation or consistent with our Constitution,” Pence wrote.
He also noted that he did not “yield to political pressure to exert pressure beyond my constitutional authority to determine the outcome of the election, and I will not now yield to efforts in the House of Representatives to play political games at a time so serious in the life of our Nation.”

Pence also wrote that invoking the 25th Amendment “in such a manner would set a terrible precedent.”

He urged Pelosi and all members of Congress to “lower the temperature and unite our country as we prepare to inaugurate President-elect Joe Biden.”

Pence went on to pledge to work in good faith “to ensure an orderly transition of power.” 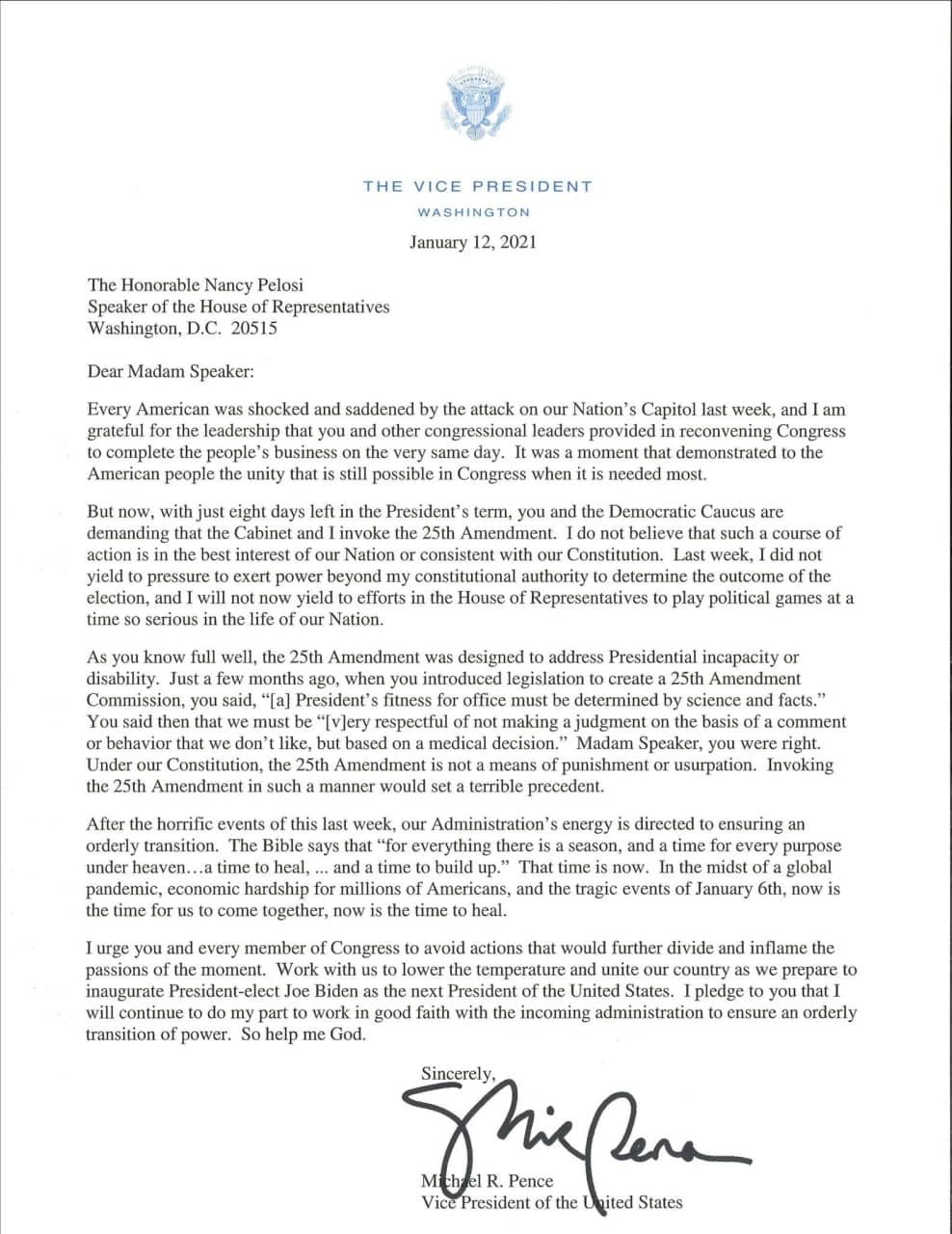