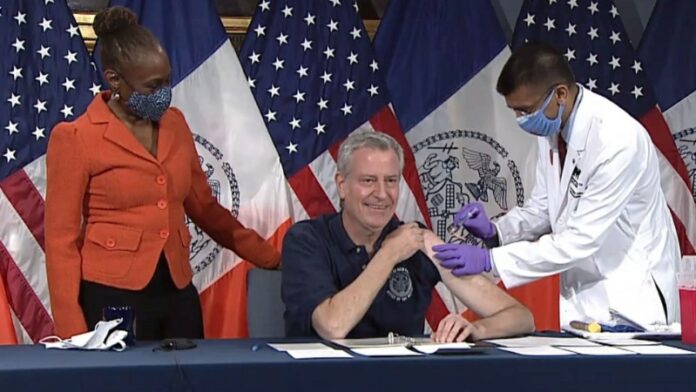 Mayor Bill de Blasio has rolled up his sleeve to get the Johnson & Johnson vaccine.

The mayor received the single-dose shot live during his daily press briefing Thursday morning, with his wife by his side.

The shot was administered by Health Commissioner Dr. Dave Chokshi.

“I could barely feel it,” de Blasio said as he joined the more than 3 million New York City residents who have been vaccinated. “That was easy.”

The mayor was given his vaccination card and a pin marking the occasion.

“It’s a great feeling when you know you’ve been vaccinated and you can protect your loved ones, and your family and your whole community,” de Blasio said.

The mayor announced his intention to get the shot earlier this month to help raise public trust in the newly-approved shot.