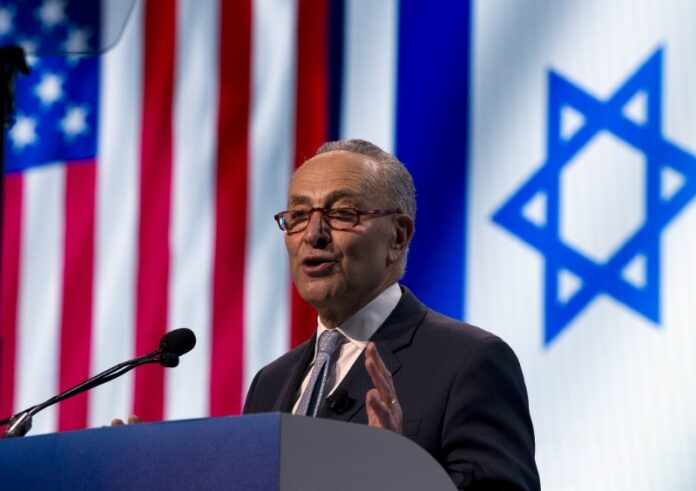 Israel finds itself in one of its most precarious situations in decades. Maybe not since the Yom Kippur war has the entire State of Israel been put in harms way with a majority of the country under hourly air raid sirens from Gaza. With civil war breaking out in her streets, and the threat of Hezbollah attack from Lebanon ominously hanging over its head, we are witnessing the grave potential for an unprecedented security nightmare for millions of Jews and Israeli Arabs.

We note with great appreciation the many voices of support Israel has been receiving including from; President Joe Biden, Speaker Nancy Pelosi, ranking minority leader Kevin McCarthy, as well as from congressional members of both parties, who have stepped up and defended Israel’s absolute right to defend herself from indiscriminate rockets and missiles. These public displays of support come at a crucial time for Israel who is dealing with a biased international media and radical leftists who dominate social media platforms, forums and television networks. The bullying of and threats made against pro-Israel advocates in streets across the globe raise the security stakes ever higher for the pro-Israel community and supporters of the Jewish State.

Which leads us back to the disappearance of the self described “Shomer Yisroel”, Senate Majority Leader Charles Schumer of New York. With Israeli citizens under unprecedented threat and a gathering storm at the United Nations, Israel needs Schumer’s strong public and unapologetic support now more than ever. And sadly he has been nowhere to be found.

His inexplicable silence comes as the Squad, made up of AOC, Rashida Tlaib & Ilhan Omar lead the charge against the Jewish state in Congress and across America. By remaining unchecked, these anti-Semites whip up lower level radical members of legislatures across the country.

A perfect storm of opposition to Israel is forming.

YWN has been receiving an inordinate amount of messages from Jews everywhere with the same damning question, where is Chuck Schumer? The senior Senator from New York has been silent and many have noticed it. Worse yet, AOC & company have noticed it too and are clearly taking full advantage.

Senator Schumer if you can’t find your voice now, what good is having the highest ranked Jewish official in history in this position?

Am Yisroel Chai is not just a cheap slogan, it is a generational mandate and a promise.

Senator Schumer You are failing at both.