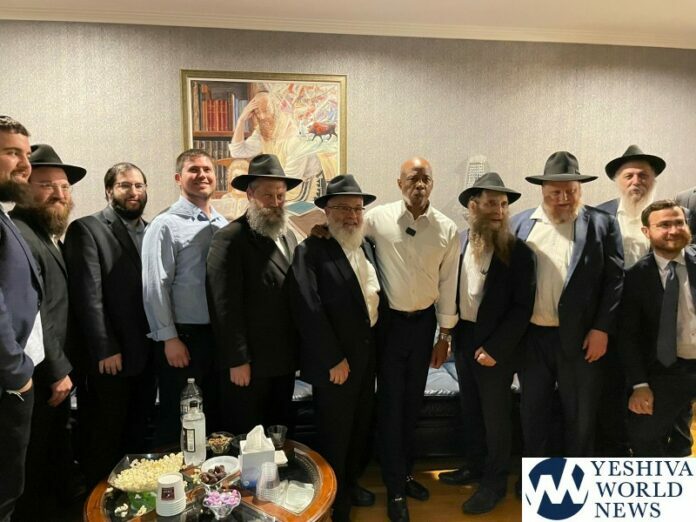 Yesterday a fourteen-second clip went around telling folks why Eric Adams is the wrong choice for our community. We as a group did not want to respond to this, since this was a move to sow discord between members of the Crown Heights Jewish community.

Let’s address some of the facts and reasons why we chose Eric Adams as our only choice.

For starters, Eric has represented our community for the last fifteen years. He is a former police officer and has been clear that he will be tough on crime. He was our State Senator, and then our Borough President. As State Senator Eric was constantly engaged and had an ongoing dialogue and communication with members of the community.

So, we need to look beyond the cropped fourteen-second clip and see the full interview which is below. Eric was referring to a specific model that former Mayor Dinkins developed. A tactic that his predecessor Giuliani and Bloomberg both continued. He wasn’t referring to Dinkins’s incompetence or weak policies.

In closing, this is the first time in years that all of the community Askonim and leaders are united as a group to endorse one set of candidates.

Please go out and encourage everyone you know to vote, and vote.

People from around the city will be looking to see what Crown Heights does in this election. So, let’s unite for ourselves, our community, our yeshivas, and most importantly our children who are our future.