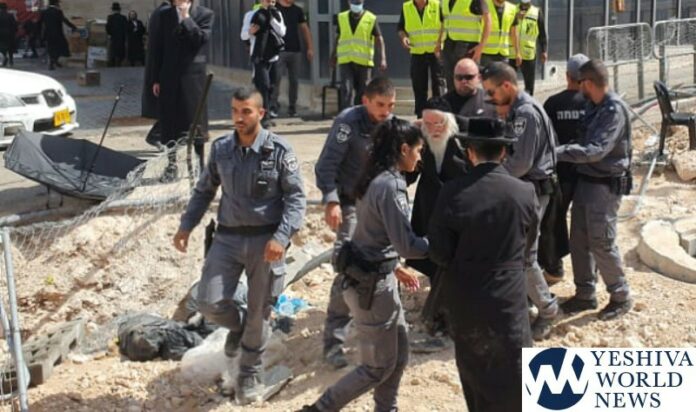 Police clashed with Chareidi protesters near Bar-Ilan Street in Jerusalem on Wednesday afternoon.

The hafganah is an ongoing protest against the construction of part of the city’s light rail, which runs through the Chareidi neighborhood.

Police reported arresting 12 protesters, including one of the Rabbonim of the Eidah Chareidis.

The demonstrators have reportedly been dispersed from the area.