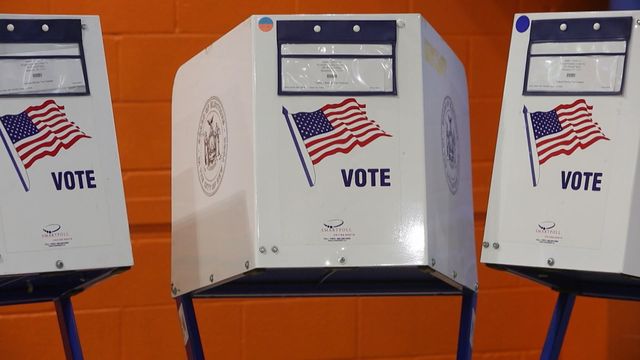 Thirteen Democrats and two Republicans are running in the New York City mayoral primaries on June 22. But because of the “ranked-choice” voting process – where voters rate their top five choices in order of preference instead of picking just one – there won’t be a winner for at least a few weeks.

HERE IS HOW IT WORKS:

If no candidate receives more than 50% of the first-choice votes, tabulation will be conducted in rounds.

The candidate with fewest votes after the initial count is eliminated and all ballots for that candidate will be reallocated to the next highest-ranked candidate selected. That process will continue until two candidates are left, with the winner determined by who has the most votes in that final round.

In previous elections, a simple list of candidates with vote totals for each would be shown. Ranked-choice elections results are displayed in a grid. Each column represents a round of the ranked-choice voting process. The candidates marked in red received the fewest votes and is therefore eliminated. Those votes are redistributed to whomever those voters ranked next on their ballot. That’s why remaining candidates can gain votes each round. When there are only two candidates left, whoever has the most votes wins.

The other unique element of these results is the row at the bottom for “inactive ballots.” Those ballots, also sometimes called “exhausted” ballots, are ballots for which there are no candidate selected who remains in the running.

For example, if a voter selects only first and second choices, and those candidates are eliminated in the first two rounds, their ballot would be “inactive” and won’t be included in the rest of the process.