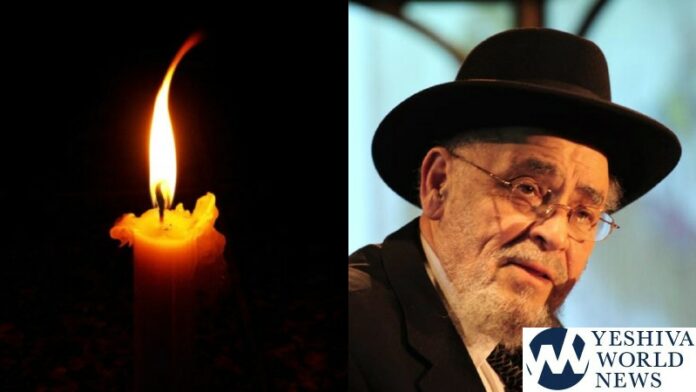 YWN regrets to inform you of the Petira of HaRav Moshe David Tendler Z”L. He was 95.

Rav Tendler was the son in law of the late Posek Hador, Hagaon HaRav Moshe Feinstein ZATZAL. He was the Rov of the Community Synagogue of Monsey, New York. He served as one of the rosh yeshiva in the Rabbi Isaac Elchanan Theological Seminary at Yeshiva University.

He was a professor of biology and expert in medical ethics. He served as chairman of the biology department at Yeshiva University.

The levayah will be held on Thursday at 2:00PM at the Community Synagogue of Monsey, 89 West Maple Avenue.

The Kevurah will be in the cemetery on Brick Church Road and Route 306.