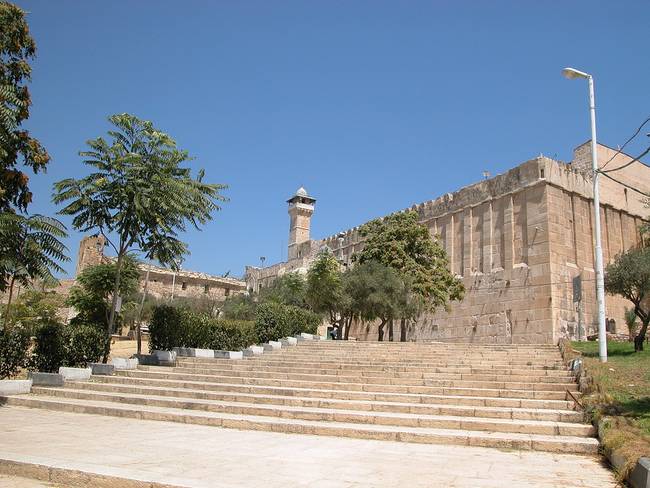 Israel’s police and security forces, as well as medical teams, are gearing up to receive the tens of thousands of Jews expected to visit the Ma’aras HaMachpelah in Hebron this weekend for Parshas Chayei Sarah. The annual event, which was canceled last year due to Covid-19 restrictions, celebrates the Jewish roots of the site on the weekend when the Parsha is read about Avraham purchasing the Ma’arah from Efron. This year, approximately 30,000 people are expected to visit Hebron and attend the pilgrimage.

Police forces have already been deployed in order to guard public safety during the weekend. According to a statement by the police, this mission includes, responding to irregular incidents, maintaining the peace, and safeguarding and protecting the roads while directing traffic. Based on previous years’ experiences, traffic jams are expected on Highways 60 and 35 leading to Hebron starting on Friday afternoon and continuing until late Motzei Shabbos.

The Commander of the Border Police at the Ma’arah, Deputy Commissioner Aviram Barzano told B’Chadrei Charedim that due to “the many security threats and warnings of attempts to commit a terror attack against Israel recently, we require a significant presence and preparation ahead of the arrival of the thousands of visitors that we expect to see. We want people to come here without having to worry about their safety. We’ve added extra patrols, set up additional defensive positions and lookouts to deter the terrorist groups who may want to attack. They shouldn’t even think about it.”

Barzano added that each year there are approximately 15-20 attempted terror attacks just in the area of the Ma’arah itself. “This year alone we’ve already had 10 and thankfully they have all ended without injury to any of our forces or civilians in the area.”

“We give 10 ‘exceptional days’ each year to each religion, wherein members of that faith have the entirety of the Ma’arah to themselves. We know how to make this balance work.”