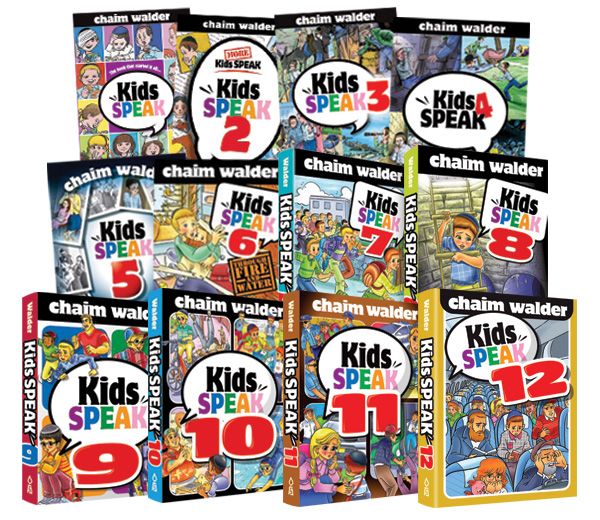 Klal Yisroel is reeling from the recent allegations that have unfortunately surfaced about a well-known author of more than 50 children’s books that are in nearly every Jewish home around the world. Millions of copies of these books have been published. After consultation with Gedolei Yisroel, YWN made a decision to publish the following.

“After consulting da’as Torah, we have decided to halt the selling of Chaim Walder’s titles while current allegations are being investigated. We do not judge and sincerely hope he will be able to clear his name. We will continue to consult with da’as Torah as the situation unfolds.”

His column has been pulled from the Israeli Yated upon the Psak of Hagaon HaRav Gershon Edelstein, the venerated Rosh Rosh Yeshiva of Ponavezh.

His column has been pulled from the “Osiyos” children’s magazine in Israel.

Books were pulled from the Osher Ad supermarket chain in Israel.

Books were pulled from Eichler’s of Boro Park.

The issue of abuse and support for victims is something that thankfully in the past twenty years has been brought to the forefront of our communities. Stories that were “swept under the rug” for decades, are dealt with on a professional level. Klal Yisroel is grateful to have organizations such as Amudim and world-class professionals lecturing about this topic and providing guidance to survivors.

Abuse is real. Very real. A victim of abuse is akin to being a living murder victim. It is a life-sentence of many issues that plague the victim daily their entire lives.

Abusers have been held accountable and been put in jail. There is no question that due to the direct efforts of these organizations, Gedolei Yisroel, and public awareness, a potential predator will now think twice before he acts. The word is out. Touch a child, and you will be held accountable and go to jail.

YWN supports these organizations by providing them a platform to write about these issues, and we join Klal Yisroel in giving a shoulder and support to victims who are suffering from abuse. If you are a victim of abuse, please, reach out for help. Do not suffer in silence and let your horror overtake your life. Help is available. Go for help. It will change your lives.

It is our fervent hope and prayer that Klal Yisroel never see such crimes perpetuated again.