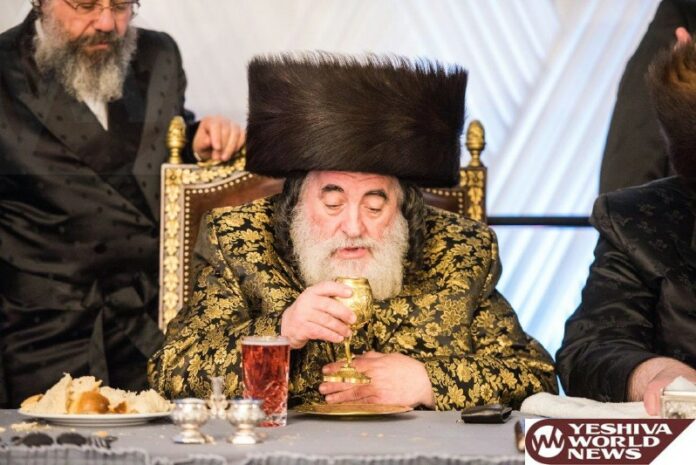 In a fiery drasha delivered at shalosh seudos this past Shabbos, the Vizhnitzer Rebbe called upon his chasidim to bring their filtered smartphones to his home and keep them there for the duration of Chanukah.

The Rebbe said that he had the idea after receiving an unspecified sign min hashamayim that something had to be rectified. The Rebbe noted that unfiltered smartphones must be immediately thrown away, but even filtered smartphones should be kept by him over Chanukah so as to bring a yeshua to klal yisroel.

The Rebbe noted that, although he would be returning the phones after Chanukah, the act itself would show klal yisroel that they can do without their phones, adding that his call to turn in filtered smartphones applies to everyone, not just his chasidim.

The Rebbe said that anyone who follows his order to hand in their smartphones for the duration of Chanukah will be zoche to have children oskim b’torah u’mitzvos.

Many chasidim were seen handing their phones in to the Rebbe on Motzei Shabbos, and numerous businesses owned by Vizhnitz chasidim posted on their WhatsApp statuses that they will not be having any access to their phones until after Chanukah.