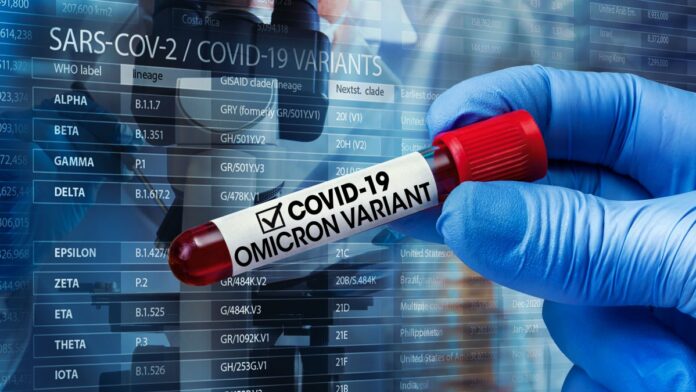 The U.S. has reported a record single-day number of daily Covid cases, with more than 1 million new infections.

A total of 1,082,549 new coronavirus cases were reported Monday, according to data compiled by Johns Hopkins University, as the highly infectious omicron variant continues to spread throughout the country.

The new daily tally brings the total number of cases confirmed in the U.S. since the start of the pandemic to 56,189,547. In total, the virus has caused 827,748 deaths across the country.

The record single-day total may be due in part to delayed reporting from over the holiday weekend. A number of U.S. states did not report data on Dec. 31, New Year’s Eve, and many do not report data on weekends, meaning that some of these cases could be from positive tests taken on prior days.

Nonetheless, as of Jan. 3, the seven-day average of daily new U.S. cases is 480,273, meaning the U.S. has the highest 7-day average of new cases in the world, according to JHU’s rankings.

About 98,000 Americans are hospitalized with Covid-19, according to a seven-day average of data from the Department of Health and Human Services as of Jan. 3, up 32% from a week ago. That figure is approaching peak delta wave levels when about 103,000 people were in hospital beds with Covid across the country in early September, but remains lower than last winter’s high mark of roughly 137,000 U.S. hospitalizations.