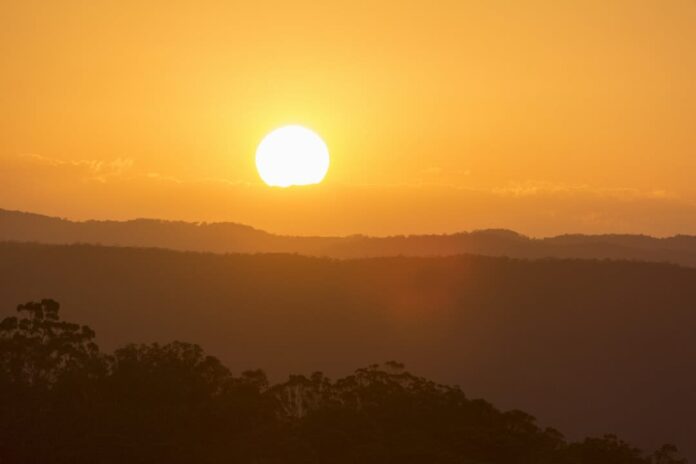 There certainly may be heated discussions in the shuls across the country where there are multiple minyanim on an erev Shabbos. The Shul’s Rav cannot be everywhere, and at times people are unaware of his particular ruling for Sefiras HaOmer when Ma’ariv ends well before sunset.

“Listen, Boychik, ven I vas much younger in da Bronx, the ruf of de shul of Bais Shraga allowed it. Dat’s gut enuf for me. If its gut enuf for Ma’ariv –  it should be gut enuf for Sefiras HaOmer.”

“The Mishnah Berurah says that when the mechaber says mib’od yom, it’s referring to after bein ha’shmashos.”

So what is the halachic story with couting an early Sefiras HaOmer?

THE DEBATE IN THE RISHONIM

The issue dates back to the times of the Rishonim. The Rosh in Pesachim (10:40) rules that one can still recite the blessing before the time of definite darkness. The Rashba in a responsum disagrees (Vol. I #154). The Maharil (siman #13) writes that one may not recite a blessing on Sefiras HaOmer while it is still day.

Even though there are various views among the Rishonim, the general rule is that we follow what is written in Shulchan Aruch by Rav Yosef Karo. In this case, however, the exact interpretation of the Shulchan Aruch’s words is a matter of much debate. The Shulchan Aruch (O.C. 489:3) writes that one who davens with a congregation mi’b’od yom counts with them without a berachah. If he remembers at night, he makes a berachah and then counts.

The debate centers around what the words “mi’b’od yom” mean in the Shulchan Aruch. Do they mean what they would mean in contemporary usage—“while it is still day,” before the sun has set? Or perhaps they should be understood to mean bein ha’shemashos, twilight, which was still considered “day” during his own time?

Some of the great Acharonim understood Rav Karo to be referring to daylight—that his case refers to when one had davened Ma’ariv and it was still before sunset. These Acharonim are:

They all understand the words mi’b’od yom as referring to any time after 10¾ hours of the day, Plag HaMinchah.

Others have explained that Rav Karo is referring to the time of twilight, when it is neither day nor night. This is the explanation of the Vilna Gaon and others. This is the view that the Mishnah Berurah accepts.

HOW DOES EARLY SHABBOS ACTUALLY WORK?

There is a wide debate whether Tosefes Shabbos, adding on to Shabbos, is a biblical concept. If it is biblical, then when one makes Shabbos early, it is actually Shabbos from a biblical perspective too.

There is another approach, which we find in Tosfos, both in Berachos (27a “D’Rav”) and in Pesachim (99a “Ad”). The Tosfos write that one fulfills the mitzvah of Kiddush when recited early, according to the position of Rabbi Yehudah. There is a famous debate about the latest time one may daven Minchah and the earliest time one may daven Ma’ariv (mishnah in Berachos 26a).

According to Rabbi Yehudah, we may only daven Minchah until Plag HaMinchah (10¾ hours of the day) and we may begin Ma’ariv immediately after Plag HaMinchah. According to the Chachamim, we may daven Minchah until evening and we may only daven Ma’ariv after evening—not before. How do we ultimately rule in the debate between Rabbi Yehudah and the Chachamim? We rule like either one of them, according to the Gemara, but not both on the same day, as we will explain later.

According to the simple reading of Tosfos, it seems that early Kiddush on Friday night is only according to Rabbi Yehudah and not the Chachamim.

Thus, there are three explanations as to how it works. The first is that Tosefes Shabbos is biblical; the second is that the Rambam holds the mitzvah of Kiddush can be made even before biblical Shabbos; and the third is that it goes in accordance with Rabbi Yehudah and we may pasken like him.

As far as these three answers, how do we pasken?

The Mishnah Berurah paskens that Tosefes Shabbos is d’Oraisa, biblical. Therefore, there would be no need to recite the Kiddush again if it was recited before sundown.

The above discussion centered on how the concept operates. Another question arises, however—whether or not to do it.

The Kuntres Eitz Chaim (p. 154) cites the Baal HaPardes (brought down by Rav Moshe Shternbuch in Teshuvos v’Hanhagos II #51) that when one makes a late Shabbos during the summer months, one violates the Torah prohibition of tza’ar ba’alei chaim because of the suffering caused to one’s wife and little children. It is unclear whether Rav Shternbuch is truly of this opinion or if he is exaggerating the point to ensure that the husband will comply. The Aruch HaShulchan further writes (O.C. 267:4) that communities should make early Shabbos in order to avoid Shabbos violations.

Rav Elyashiv zt”l (Kovetz Teshuvos Vol. I #23), on the other hand, writes that in Eretz Yisrael all effort must be expended not to daven before the correct time (unless there are extreme circumstances). Rav Shlomo Zalman Auerbach (Halichos Shlomo Tefillah 14: note 10) was less emphatic than Rav Elyashiv but did recommend that in Eretz Yisrael, bnei Torah should refrain from davening Ma’ariv earlier.

As far as davening earlier on Fridays, in general, there is the debate we have just mentioned between Rav Yehudah and the Chachamim. The Gemara tells us that one may choose any opinion—either like Rabbi Yehudah or like the Chachamim.

Most Rishonim understand the Gemara to mean that we cannot be inconsistent. We cannot do a tartei d’sasrei, an internal contradiction, by ruling like both opinions on the same day. We cannot daven Minchah after Plag in accordance with the Chachamim and then daven Ma’ariv before evening like Rabbi Yehudah.

Some people are careful to always daven in accordance with the Chachamim. However, the Magen Avraham points out that on Shabbos one may daven earlier, like the opinion of Rabbi Yehudah, because there is a mitzvah to add onto Shabbos from the week. One should be careful, however, to daven Minchah before the Plag.

The Mishnah Berurah (267:3) cites the opinion of the Derech HaChaim that when dealing with a tzibbur one may be lenient and daven Maariv while it is still day even though one has davened Minchah after the Plag. The Mishnah Berurah, however, rejects this position (in both the Mishnah Berurah and the Biur Halachah). He writes that it would only be permitted b’sha’as ha’d’chak, when one is in a bind, and even then Ma’ariv must be said only during bein ha’shemashos at the earliest.

It is interesting to note that numerous shuls, for some reason, are going with the Derech HaChaim during these summer months rather than the Mishnah Berurah. Since regarding all other issues we generally rule like the Mishnah Berurah, a question arises: How can they do this?

One rationale perhaps is that they are lenient because people do not want to start the Friday-evening meal so late. It may take away from their oneg Shabbos. Rashi in Yevamos (93a) writes that oneg Shabbos is a biblical obligation, as does the Rashba, both on Yevamos and in his responsa (1:127). The Rivash (responsum 513) also rules that it is biblical. Even though the Rambam (Shabbos 36:1) holds that it is only rabbinic, the views of the other Rishonim may make it fit into the criterion of sha’as ha’d’chak. It could be that in Europe, from an economical and logistical point of view, it was not viewed as oneg Shabbos to accept Shabbos earlier.

This is not to suggest that a shul should do this ideally; it is just to provide a limud z’chus for those that do it.

When this author posed the question to Rav Dovid Feinstein a number of years ago, he suggested that a shul may use Plag HaMinchah and it would not be considered tartei d’sasrei, an internal contradiction.

The Ideal Time For Minchah

There is also another issue: When is it the most ideal time to daven Minchah? The Shulchan Aruch rules (O.C. 233:1) that the essential main time in which Minchah should be davened is from Minchah Ketanah onward—that is from 9½ hours onward.

The Mishnah Berurah (233:1), however, cites Rishonim that hold that one may even daven ideally at Minchah Gedolah, which is at 6½ hours of the day. Indeed, the Shaar HaTziyun (233:3) cites the Vilna Gaon as agreeing to this position as well.

So what about early Sefira?  The Mishna Brurah says no if it is before Shkiya.  However, if a shul does it, then there is nothing wrong with counting without a blessing on condition that if one remembers later on – then the counting later on will be the one that counts.  If one forgot to count later, however, most Poskim hold that he has lost his ability to count with a bracha.