Numerous viral messages have been going around Monsey / Rockland County about an alleged armed man in a vehicle frightening many people.

Even worse, multiple schools sent irresponsible messages to their parent body frightening parents. Not ONE bothered to verify anything.

Monsey Scoop reports that they have spoken with Chaveirim Coordinator Yossi Margareten who confirmed with Ramapo Police that there are no known threats whatsoever, and people should stop forwarding fake news.

One example of an irresponsible message sent today by a Yeshiva in Rockland County. 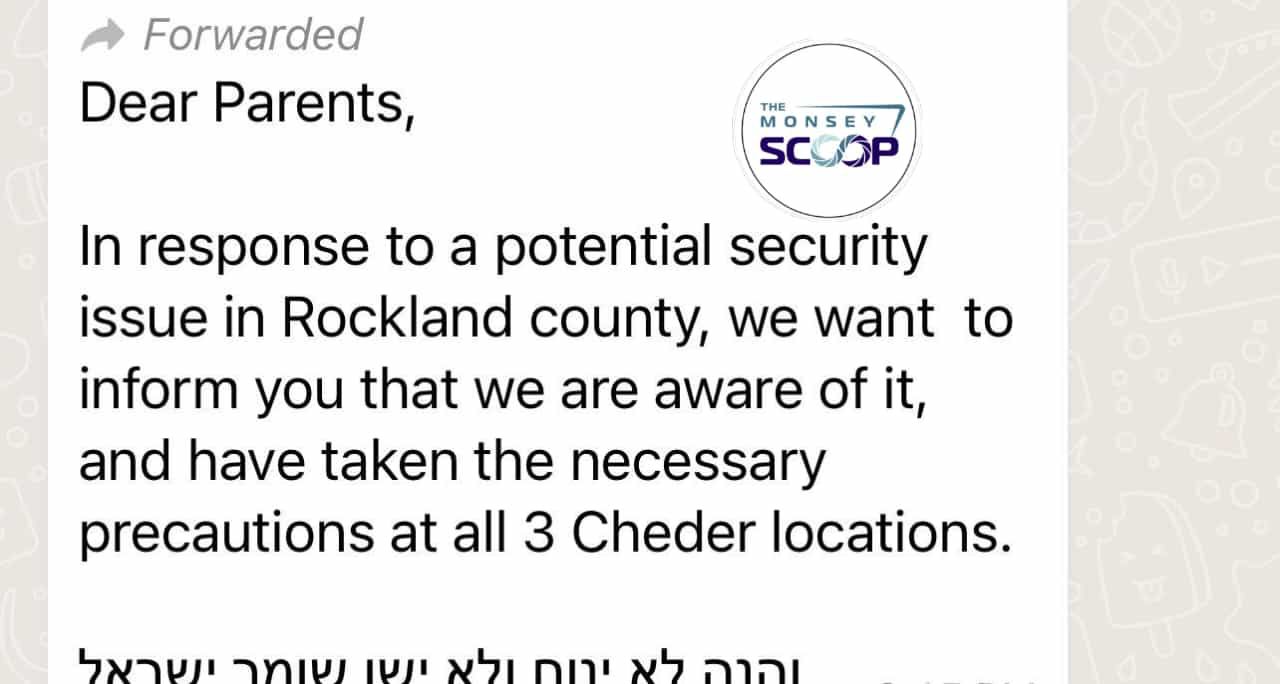