As part of a far broader campaign aimed at providing the unfamiliar an authentic glimpse of Jewish life and culture, Agudath Israel of America has purchased billboard slots in Times Square and outside the Lincoln Tunnel that call out the New York Times’ unfettered hatred of Orthodox Jews and tie it to the troubling increase in antisemitic hate crimes committed in New York City.

With the New York Times incessantly attacking the Orthodox Jewish community with slanted, one-sided articles that fail to provide its readership with unbiased alternative perspectives or objective context, the billboards are a single component of a multi-pronged push by the Agudah to correct the record.

In addition to its public display of protest against the Times, the billboards direct viewers to a new website, KnowUs.org, that aims to enlighten readers on the facts surrounding yeshivas, Hasidim, and Orthodox Jews.

“With antisemitic violence on the rise, it is critical that our public discourse promote facts, not gross mischaracterizations,” the site states on its home page. “Unfortunately, there are those, especially at the New York Times, who have engaged in a smear campaign against Orthodox Jewish and Hasidic private schools – and the community’s entire way of life – in a way that unfairly targets them and plays into centuries-old, hurtful stereotypes that can increase the already alarming number of attacks against Orthodox Jews.”

The site places a heavy focus on the New York Times’ ostensible “reporting” on the Orthodox Jewish and Hasidic communities, debunking claims made in the 12 anti-Orthodox Times articles published in the last three months alone, and offering readers a chance to get to gain knowledge and understanding into the Jewish community with whom they are neighbors. 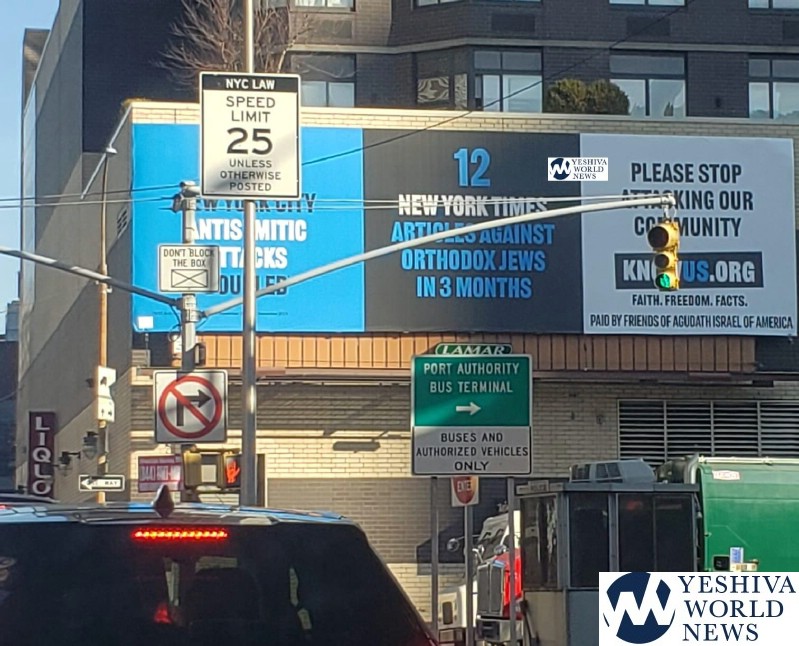