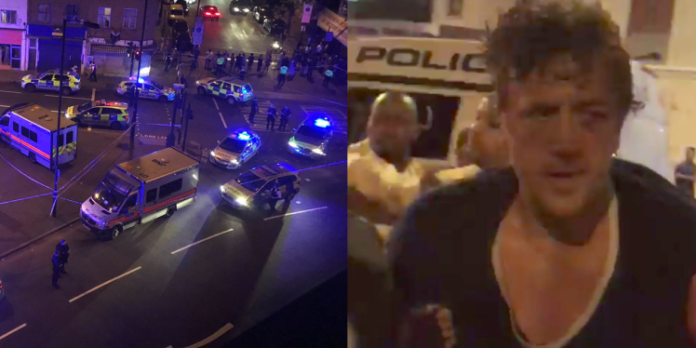 British media have identified the suspect held in connection with the van attack outside a London mosque as Darren Osborne, from the Welsh city of Cardiff. He is being held on suspicion of attempted murder and alleged terror offenses.

British media report that some of Osborne’s neighbors have described the father of four as “aggressive” and “strange.”

Witnesses said Osborne claimed he wanted to “kill all Muslims” after he drove into a crowd leaving a mosque early Monday morning. One man who was receiving first aid at the time of the attack died; it’s unclear if his death was a result of the attack or from a previous condition.

Osborne was arrested on suspicion of the commission, preparation or instigation of terrorism including murder and attempted murder.