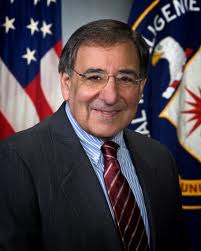 US Secretary of Defense Leon Panetta on his current visit to Israel, confirms that increased economic sanctions against Iran have not yielded the desired results – simply stated the sanctions did not compel Tehran to abandon its nuclear ambitions. The senior American official added that he does feel that even stiffer sanctions may actually compel Iran to comply, but at present, efforts have not achieved the desired results.

Undoubtedly the Iranian issue will be atop of the agenda in Panetta’s meetings with senior Israeli officials during his visit.

While reports signal is rapidly arriving at the conclusion that a military strike may be the only option, despite the risks involved, but America is still operating on the premise that sanctions may still be an effective means to compel Iranian compliance with the international community’s demands.

Panetta feels that the Iranians have signaled a willingness to talk, and this may be encouraging, apparently committed to continuing diplomatic efforts to halt the Iranian nuclear program in line with the White House’s position.