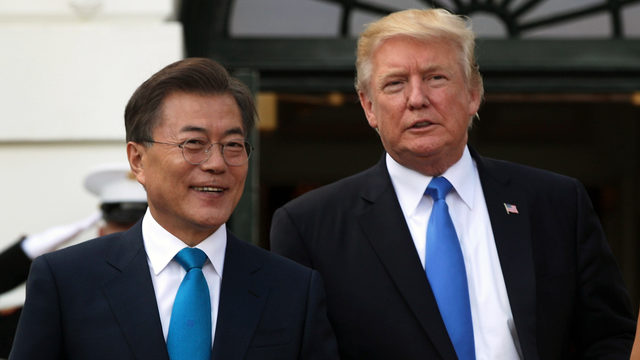 North Korea has launched a trio of missiles in recent weeks and tested a bomb that was its most powerful to date.

The White House says Trump and Moon are committed to continuing to take steps to strengthen deterrence and defense capabilities, and maximize economic and diplomatic pressure on North Korea. They plan to meet this week at the U.N. General Assembly.

I spoke with President Moon of South Korea last night. Asked him how Rocket Man is doing. Long gas lines forming in North Korea. Too bad!