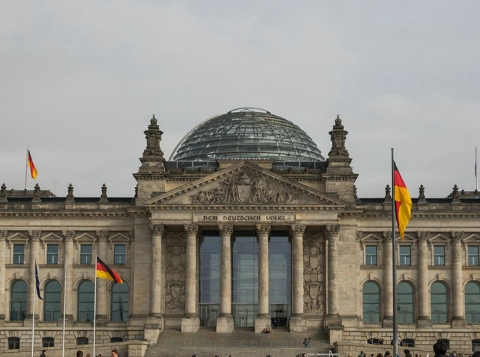 Even though Angela Merkel has won her fourth term as the German Chancellor, the German Jewish community has a reason for concern as the far-right party known as “Alternative For Germany” has made dramatic gains in today’s election according to exit polls. The far-right party was founded in 2013 and supports policies that are outwardly anti-Muslim and anti-immigrants. Party members have also been known to make anti-Semitic statements in public.

The party is a right-wing populist and Eurosceptic political party in Germany and barely missed the five percent threshold needed in order to put delegates in the Bundestag. According to exit polls following today’s general election, the Alternative For Germany or AFD is expected to obtain 13.1 percent of the general vote, garnering it some 87 seats in the 630 seat legislature, making it the third largest party in the German parliament.

As Chancellor Merkel’s joint party of the CDU/CSU have only obtained 34.5 percent of the vote or 218 seats, they will need to form a minority government and team up with either one other large party or a number of smaller parties in order to form a majority government. In the last Bundestag, Merkel’s party joined forces with Social Democratic Party of Germany (SPD) to form the government. The strong likelihood is that the two parties will do so once again as the SPD obtained 21.9 percent of the vote, giving the two parties together, a small majority.

The problem that will be created by such an alliance would be that it would place the AFD in the position of the leaders of the opposition, a position that is far too prominent for the comfort of many of the Jews in the country.

The Union of Orthodox Rabbis in Germany praised the outcome of the elections and Chancellor Merkel on her fourth victory. In a letter written following the election, the Union stated, “We congratulate Chancellor Angela Merkel, a friend of the German Jewish community, and a great friend of Israel on her resounding victory today. We are confident that she will continue her efforts to care for the Jewish community in Germany, and look upon our minority as equals, and continue the brave friendship that she has shown towards Israel.”

“The Rabbanim of the Union look with a worried eye on the exit polls that foretell of a meteoric rise of the extremist party that has raised its racist banner full of hatred towards others. We sincerely hope that Germany’s horrible past will not cloud the eyes of the AFD and that the modern day Germany of our times will continue its tolerant ways in showing its love for one’s fellow man. We hope that the situation will not change for the worse following the results of today’s election.”