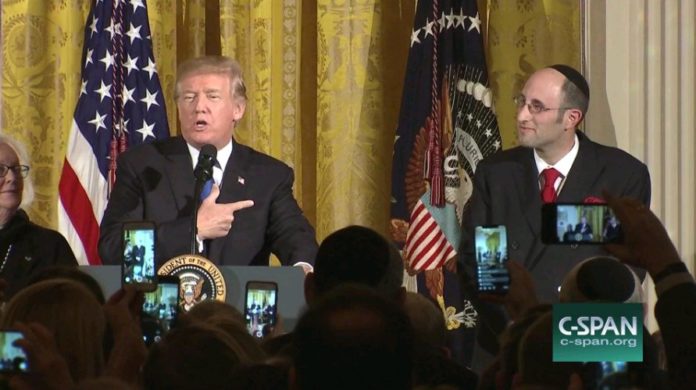 The party had Glatt Kosher food and wine, and a Menorah lighting ceremony. Trump’s Jewish grandchildren, Ivanka and Jared Kushner’s children Arabella, 6, and Joseph, 4, lit the Menorah, with Jared helping them make the “Shecheyanu”.

The White House Chanukah party has been Glatt Kosher since President George W. Bush made a party in 2005, but there were notable changes this year.

First off, there was only one party held, unlike his predecessor Barack Obama who often had to host two parties each year due to an overflow crowd. Officials slashed the size of the reception, inviting around 300 guests to one soiree instead of hosting 1,700 over two parties as in the past.

Perhaps there was more room there year as multiple reports state that President Trump did not invite Democratic lawmakers.

According to the NY Times, President Trump also did not invite Reform Jewish leaders who have been critical of him, or progressive Jewish activists who have differed with him publicly on policy issues.

Ezra Friedlander, a public policy consultant, told the NY Times that Mr. Trump would be “cheered like a rock star” at the party in light of his speech declaring Jerusalem the capital of Israel.

Trump began his speech to attendees by noting this years party “will go down as especially special” after his Jerusalem speech, and that he was thinking about “what’s going on” in Jerusalem.

“Hanukkah is a time for Jewish families around the world to celebrate the miracles of the past and the promises of the future,” Trump said. “We are proud to stand with the people of Israel and renew our enduring bond.”

“And right now I’m thinking about what’s going on and the love that’s all over Israel and all about Jerusalem,” he added.

Trump noted the history of two “very special” Menorahs used at the ceremony, one was used by the first American Jewish congregation, and the second came from the Tarnow Ghetto in Southern Poland.

“May you all have a truly blessed and happy Hanukkah,” Trump said.

It’s interesting to note, that in 2011 Donald Trump fired off a tweet at then president Obama. Trump wrote “Why was the Hanukah celebration held in the White House two weeks early? @BarackObama wants to vacation in Hawaii in late December. Sad.”

Why was the Hanukah celebration held in the White House two weeks early? @BarackObama wants to vacation in Hawaii in late December. Sad.

“It’s deeply unfortunate that the White House Hanukkah Party – a bipartisan event bringing together Jewish and non-Jewish leaders alike to celebrate the Festival of Lights since 2001 – has turned into a partisan affair under this administration,” Rep. Nita Lowrey (D-N.Y.) told the Times in a statement.

The White House denied that the guest list was shortened for political reasons in a statement.

“I am not aware of the political affiliation of any of the guests, but I do know that this year was meant to be more personal than political,” first lady Melania Trump’s spokeswoman Stephanie Grisham told the Times.

Tonight, @FLOTUS Melania and I were thrilled to welcome so many wonderful friends to the @WhiteHouse – and wish them all a very #HappyHanukkahhttps://t.co/wyPkpTsP1i pic.twitter.com/XhNXZSBEC8

It is an honor to celebrate #Chanukah at the White House with @POTUS & @FLOTUS. I am so proud & grateful to serve this incredible country, which has been so good to the Jewish people, where my family can practice our Judaism freely & where all can express & celebrate their faith. pic.twitter.com/h9F0meEBBo

Arabella and Joseph Kushner lit the menorah at the WH Hanukkah event. Jared and Ivanka were seen reciting Shehecheyanu pic.twitter.com/N16Zc8w469

Trump mispronounces Soleveitchik. Then says of the rabbi: “He’s so happy about yesterday, he doesn’t care if I say it exactly right.”

With friends in @WhiteHouse at Hanukkah Reception: Joe Stamm, @nickmuzin @NDiament @OUAdvocacy wishing everyone an early Happy Chanukah from The White House! pic.twitter.com/xDBi5HIs9z

Enjoying a Glatt Kosher dinner courtesy of @WhiteHouse in the Red Room adjacent to the staircase leading up to the Presidential @POTUS Executive Residence pic.twitter.com/6KgJzkQkEv

Wishing everyone a Happy Chanukah and a happy holiday season! pic.twitter.com/4vB7tFNjlr 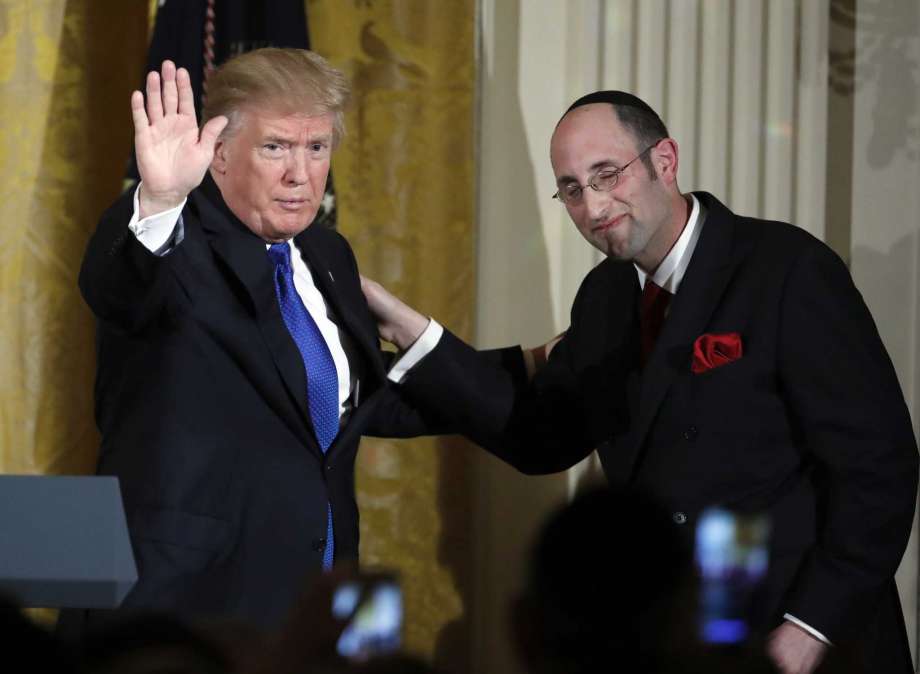 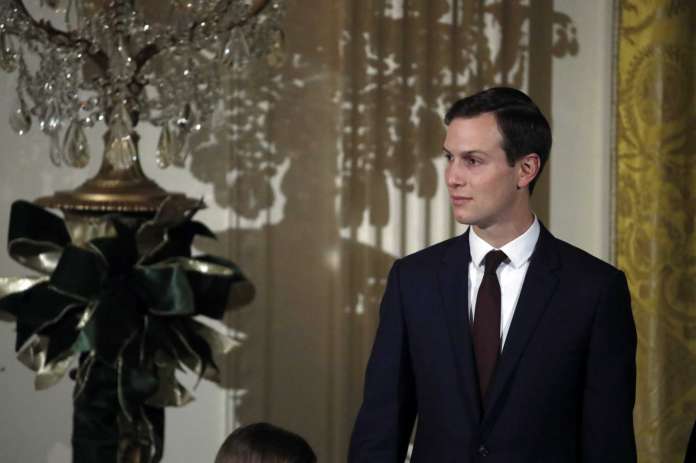