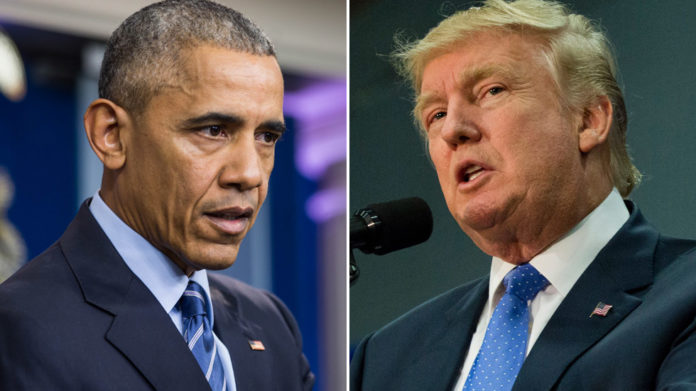 Former President Barack Obama urged Americans to defend democracy in a speech to the Economic Club of Chicago in which he appeared to use the rise of Adolf Hitler as a warning against the rise of bigotry and nativism under President Donald Trump.

Although he did not refer to Trump by name, there have been accusations that a former president was comparing the current president with the likes of Hitler Y”MS.

In the speech on Tuesday, Mr Obama told his audience that the danger was of “grow[ing] complacent”, according to Crain’s Chicago Business newspaper.

“We have to tend to this garden of democracy or else things could fall apart quickly,” he said during a question and answer session.

Despite the democracy of the Weimar Republic, he added, Adolf Hitler rose to power.

“Sixty million people died. … So, you’ve got to pay attention. And vote,” he said, referring to the death toll from the Second World War.

“It’s unfortunate that a former president, who is no doubt an intelligent man, would make that mistake. Hitler killed six million innocent civilians; Donald Trump has created over one million jobs and killed absolutely no-one.

“There is no equivalence.”

Jesse Watters, a political commentator, said on Fox News: “I thought Obama was better than this. To compare his successor to Adolf Hitler… horrible. It’s demeaning and beneath him.”

He added that Mr Obama was bitter as his legacy being unravelled.

“I understand why he’s angry but that was a horrific comparison,” he said.

Obama went on an unhinged rant comparing Trump to Hitler and implied that Americans should vote Dem. or millions of people would be killed.
Bizarre remarks were made during an Economic Club of Chicago event on Tuesday night but have been largely ignored by the mainstream media.