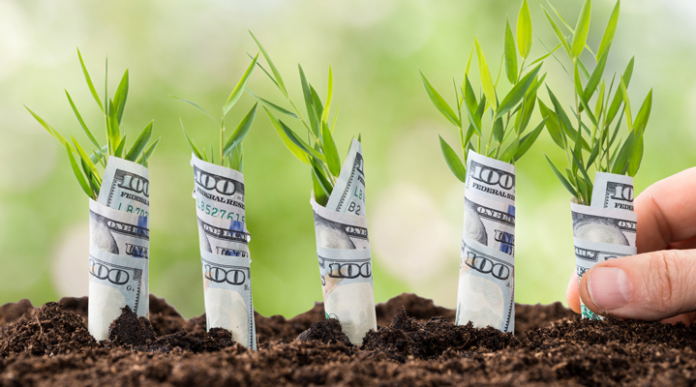 Many people will be reciting the parsha of the Mahn before the sun sets today. Some say that is a segulah to become wealthier this section (Shmos 16:4 until the Omer is one tenth of an Aifah) is recited on the Tuesday of Parshas B’Shalach. It must be said twice in the Hebrew and once in the Targum. Others argue and say that it SHOULD NOT BE RECITED AS A SEGULAH. But more on that later.

Hopefully, all agree that aside from reciting the parsha of mahn – we should do hishtadlus – making an effort to become financially successful. All parnassah comes from Hashem. But there is a caveat.

Hashem told Adam HaRishon – b’zeas apecha tochal lechem – by the sweat of your brow will you eat bread – we must make an effort as well. And aside from ensuring that we have the means to make a parnassah – there are many things we can do to increase our financial stability. Shopping around, avoiding waste, saving through auto-deductions, are just a few things that can be done. There are many more.

But let’s get back to the segulah. Where does this Segulah come from? Is there truly anything to it? Is it of recent origin or does it date back for many centuries?
What is fascinating is that what is of recent origin is the Tuesday of Parshas b’Shalach aspect of it. The earlier sources recommended reciting it daily, and not just one day out of the year. Rabbeinu Bachya (Shmos 16:16) writes, “it is a tradition in the hand of the sages that whoever recites the parsha of the Mahn each day is assured that he will not lose out in this world of his mezonos.”

To add to the mystery, the Sefer HaManhig in hilchos Shabbos (44) cites the source as a Yerushalmi in Yuma. Yet it is not in our Yerushalmi Yuma either.

The traditional answer that is often given when Rishonim refer to Yerushalmis that have disappeared is that the term is used loosely by the Rishon and that Yerushalmi often included Midrashim that were edited in Eretz Yisroel. This won’t work here, because the Tur specifically refers to the Yerushalmi in Brachos. It must be then that the version of the Yerushalmi that the Tur had is lost.

Why single out the miracle of the Mahn, more so than the other miracles we experienced? Rav Sadya Gaon in the introduction to his Emunos v’Deyos explains that the Mahn was a miracle that was of a daily occurrence. The other miracles were more transient.

Although not mentioned by Rav Sadya, even after the forty year sojourn in the desert, the Mahn played an important role. The container of the Mahn (Tzintzenes HaMahn)was placed alongside the Aron in both the Mishkan and the Beis HaMikdash until the days of Yoshiahu the King, one hundred years before the destruction of the First Beis HaMikdash. It served as a reminder then too.

NOT FOUND IN SIDDURIM

The Aruch HaShulchan points out that in his time, the Parshas HaMan was not found in the siddurim, if it ever was. He explains its absence in the siddur as stemming from the fact that the Parsha mentions a number of times the embarrassing detail that Klal Yisroel nagged and complained, and it would be improper to permanently place that in our Siddurim. Nowadays, many of the siddurim have printed it, notwithstanding the Aruch haShulchan’s ethos on the issue.

How does it work? Many of the meforshim explain that it serves to entrench within our minds that our prnassah, our sustenance – comes only from Hashem. It seems that the daily recital of the parsha of Mahn helps us eradicate within our minds and thoughts. The Mishna Brurah writes that it is not enough to merely say it. It’s message must be fully imbibed within us.

Others write that the principle behind how it works lies in the fact that reciting it will build up our Bitachon in Hashem (Minchas Asher, for example). While some would explain that these are both two sides of the same coin, it seems to this author that they are in fact two separable concepts.

There seems to be a third method, taking a less mystical approach. The reading of the Parsha serves to calm a person’s anxieties about struggling for Parnasah, and thus helps him focus better through the understanding that all is from Hashem. This seems to be the understanding of the Tzemach Tzeddek (Parshas HaMan, Shin 5644 referenced in index page 100).

The Shaivet Mussar (Chapter 40) cites in the name of the Mekuballim that it should be recited, as mentioned earlier, shnayim mikra v’echad Targum – twice in the Hebrew and once in the Aramaic of Unkelus. The Noheg Tzon Yoseph (Siman 34), however, quotes the Shnayim Mikrah detail as having been first written by Rabbeinu Tam in his Sefer HaYashar. The Shla’s father in his Yesh Nochlin also writes this. From the Shla’s father, however, this is merely the ideal method to do so. From the Noheg Tzon Yoseph it seems that it will not be effective at all if not done shnayim Mikrah Echad Targum.

What is also interesting is, thus far, our sources indicate that a person will simply not lose out or suffer a loss of Mezonos. In the Midrash Talpios (section on Havdallah) , however, it writes that the entire Parshas HaMahn is mesugal for success and wealth. The nature of the blessing is ratcheted up a bit.

WHEN SHOULD IT BE SAID?

Both the Be’er Heitev and the Mishna Brurah indicate that it should be recited in the morning before the Korbanos are recited before Shacharis. The Otzros Chaim, however, cites the Rekanti in the name of the Zohar that it should be said after Shacharis, athough he does not actually source it. The most likely reference, however, is to the Zohar in Parshas Pinchas (226) dparnasa lo chazi l’mishal elah basar tzlusah – that requesting for one’s parnassah is only viable after praying. Since the rulings of the standard halachic Poskim generally outweigh the rulings of the mekuballim, it would seem that it would be preferable to follow the Mishna Brurah, but, as always, each person should consult his own Rav or Posaik, of course.

The Mishmeres Shalom (14:2), a Sefer written in Yiddish, states that Rav Pinchas Mikoritz cited the minhag and also added that one should further say the thirteen ikkarim of the Rambam each morning too.

THE TUESDAY OF BESHALACH MINHAG

So when exactly did the newer custom of reciting it on one particular Tuesday in the year arise? And who was it that promulgated the new twist on the Minhag? Some trace it to Rav Menachem Mendel of Riminov (1745-1815), one of the five main disciples of the Rebbe Elimelech of Lisensk. Others trace it to Rav Shalom of Stropkov (1855-1940) (See Yisroel V’Hazmanim, Rav Dovid Rossov p. 291). It is clear, however, that Rav Shalom was quoting the Riminover and did not make it up himself. The original Sfer of the Riminover is not easily accessible as only the first volume is readily extant.

IF ONE’S MINHAG IS NOT TO SAY IT

Most people, of course, do not have the minhag to say it on this day, and some remain firm in this Minhag. Rav Ovadiah also writes that this is not their minhag. There is a fascinating Rabbeinu Yonah in his Shaarei Teshuva (3:17) where he writes that it is a Torah Mitzvah to remember the falling of the Mahn. That being the case, it doesn’t hurt to recite it if it will help us focus on this Mitzvah.

A CAVEAT FOR EVERYONE

Rav Shmuel Hominer in his Chumash Eved HaMelech (Shmos page 42) brings out a fascinating and yet obvious point. When reciting the Parshas HaMahn one should take care NOT TO RECITE IT AS A SEGULAH. Why? So that he will not be serving Hashem al menas lekabel pras – on condition of receiving reward. Let’s not forget the yesodos of Yiddishkeit,the fundamentals of our serving Hashem – as found in Pirkei Avos.