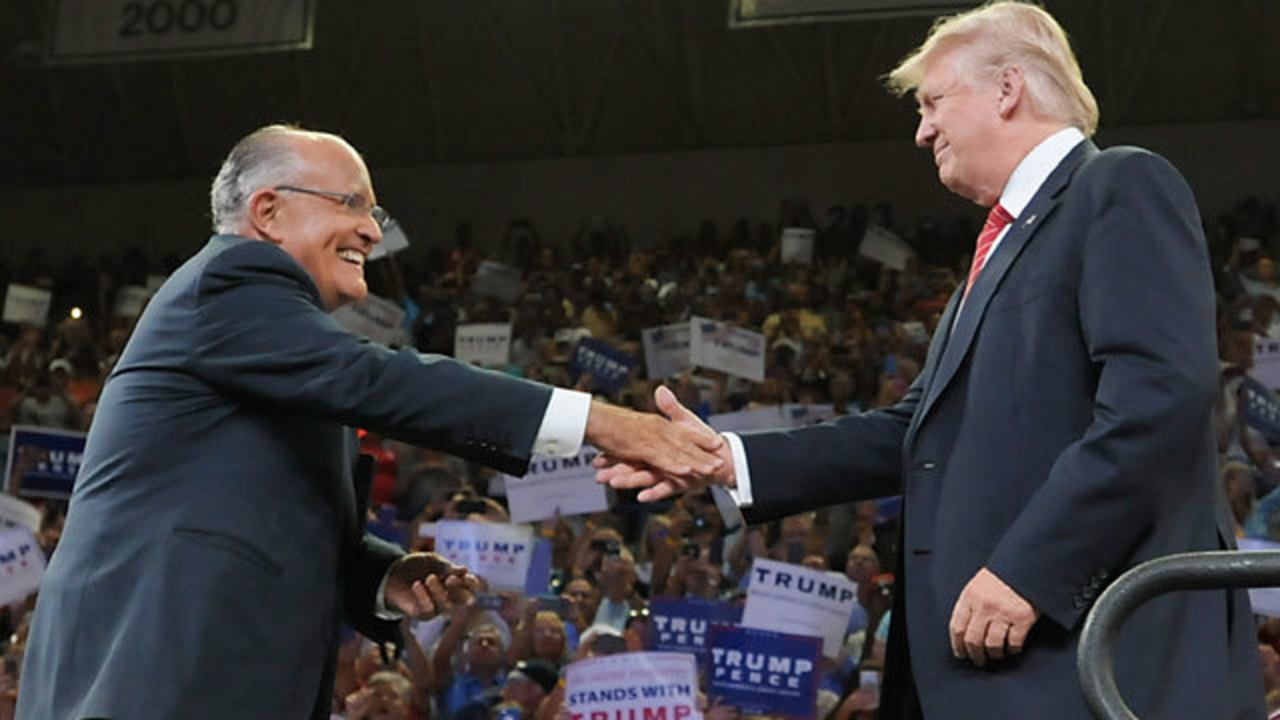 President Donald Trump said Sunday that he will “demand” that the Justice Department open an investigation into whether the FBI infiltrated his presidential campaign, an extraordinary order that came hours before his legal team said that the special counsel indicated its investigation into the president could be concluded by September.

Trump tweeted: “I hereby demand, and will do so officially tomorrow, that the Department of Justice look into whether or not the FBI/DOJ infiltrated or surveilled the Trump Campaign for Political Purposes – and if any such demands or requests were made by people within the Obama Administration!”

Trump’s pressure on the Justice Department —it asked its watchdog later Sunday to expand an existing probe of FBI actions — reached a new intensity with the demand, and came amid a White House strategy to combat the threat posed by special counsel Robert Mueller’s ongoing investigation into potential ties between Russia and the Trump campaign. And the president’s lawyer, Rudy Giuliani, said that Mueller recently shared a timetable that suggested that its probe could end by Sept. 1 if Trump were to sit for an interview in July, which is the legal team’s new working plan.

“We said to them, ‘If we’re going to be interviewed in July, how much time until the report gets issued?'” Giuliani told The Associated Press on Sunday, referring to the report Mueller is expected to issue to Congress at the conclusion of his investigation. “They said September, which is good for everyone, because no one wants this to drag into the midterms.”

Giuliani said he did not want a repeat of what happened in 2016, when FBI Director James Comey announced in the campaign’s final days that he was reopening the investigation into Hillary Clinton’s use of a private email server, a decision Democrats believe cost Clinton the race. Giuliani, the former mayor of New York, also said that Mueller’s team indicated that the entire probe could end by September, not just its investigation into potential obstruction of justice.

“This would be the culmination of the investigation into the president,” Giuliani said.

The special counsel’s office did not respond to a request for comment.

It is not certain if Trump will sit for an interview with Mueller, though the president has publicly said he would. Giuliani said a decision on that would not be made until after Trump’s summit with North Korean leader Kim Jong Un in Singapore, which is slated for June 12. The former mayor said Sunday the two sides “were getting closer” to agreeing on the parameters on a potential interview but would not put the odds of it happening at better than 50/50.

Giuliani’s apparent attempt to publicly pressure Mueller amid interview negotiations came just hours after Trump’s demand for a new inquiry, which moved beyond his usual blustery accusations of institutional wrongdoing and into the realm of applying presidential pressure on the Justice Department, a move few of his predecessors have made.

Trump made the order amid days of public venting about the special counsel investigation, which he has deemed a “witch hunt” that has yielded no evidence of collusion between his campaign and Russia. In response, the Justice Department moved Sunday to defuse a growing confrontation with the White House by asking its inspector general to expand an existing investigation into the Russia probe by examining whether there was any improper politically motivated surveillance

It was not immediately clear if that move would satisfy Trump, or if any further demands could lead to a confrontation with FBI Director Christopher Wray or Deputy Attorney General Rod Rosenstein, who is overseeing the Mueller investigation. Rosenstein released a statement Sunday that read, “If anyone did infiltrate or surveil participants in a presidential campaign for inappropriate purposes, we need to know about it and take appropriate action.”

The Justice Department probe had begun in March at the request of Attorney General Jeff Sessions and congressional Republicans. Sessions and the lawmakers had urged Inspector General Michael Horowitz to review whether FBI and Justice Department officials abused their surveillance powers by using information compiled by Christopher Steele, a former British spy, and paid for by Democrats to justify monitoring Carter Page, a former campaign adviser to Trump.

Horowitz said his office will look at those claims as well as communications between Steele and DOJ and FBI officials.

Trump did not elaborate on the promised “demand,” which he included in one of a series of tweets he sent throughout the day Sunday. On Saturday, Trump tweeted, “If the FBI or DOJ was infiltrating a campaign for the benefit of another campaign, that is a really big deal.” He said only the release or review of documents the House Intelligence Committee is seeking from the Justice Department “can give conclusive answers.”

“His ‘demand’ DOJ investigate something they know to be untrue is an abuse of power, and an effort to distract from his growing legal problems,” Schiff said on Twitter. “Never mind that DOJ has warned that lives and alliances are at risk. He doesn’t care.”

Trump’s extraordinary demand of the Justice Department alarmed many observers, who felt it not only violated presidential protocol but could have a chilling effect on federal law enforcement or its use of informants. Giuliani defended the president’s actions.

“As the president’s lawyer, I can’t be concerned on what effect it may have,” he said. “To me, there’s not much of a difference between an informant’s ongoing collection of information in a surreptitious way or a spy.

“If this guy was an FBI implant into the campaign,” Giuliani said, “that’s as offensive as Watergate.”

Giuliani said the information discovered by the source, who was first reported by The New York to have met several times with Trump campaign officials who had suspicious contacts linked to Russia, should eventually be made public and released to Congress, even if his identity is kept confidential.

The GOP-led House Intelligence Committee closed its Russian meddling probe last month, saying it found no evidence of collusion or coordination between Trump’s campaign and Russia, which Mueller is looking into. Schiff and other committee Democrats were furious and argued that Republicans had not subpoenaed many witnessed they considered essential to the committee’s work.

Sunday was not the first time that Trump accused his predecessor of politically motivated activity against him.

Without substantiation, Trump tweeted in March 2017 that former President Barack Obama had conducted surveillance the previous October at Trump Tower, the New York skyscraper where Trump ran his campaign and transition and maintains a residence. Comey later testified to Congress that internal reviews found no information to support the president’s tweets. Trump later fired Comey over the bureau’s Russia investigation.