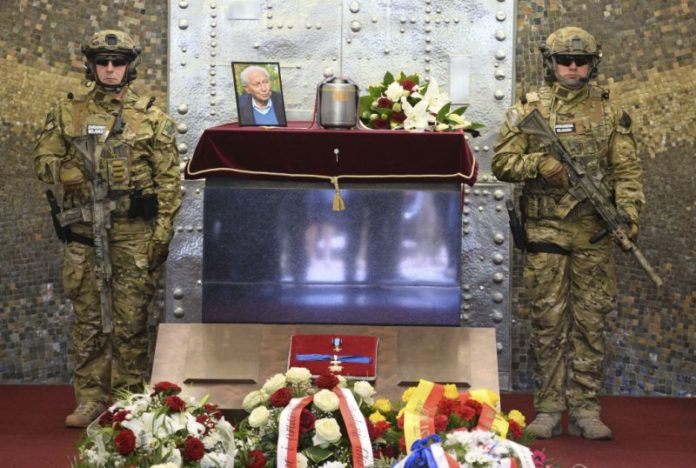 A funeral with military honors was held in Poland’s capital Monday for a World War II hero and resistance fighter who took part in the 1944 Warsaw Uprising.

He died on April 17 in France, where he moved after the war, at the age of 94. His daughter Wanda Likiernik-Henny said during the funeral held in the military section of the Powazki cemetery that Poland had “always been his greatest love.”

Likiernik, who was Jewish, fought and was injured in the failed struggle to liberate Warsaw in 1944. For his bravery, he was awarded Poland’s highest military medal, the Virtuti Militari.

He nevertheless was critical of the decision by resistance commanders to wage the struggle for Warsaw. Some 200,000 fighters and civilians were killed and a huge part of the city was destroyed.

Likiernik’s heroics inspired a popular 1957 novel, “Kolumbowie” (Columbuses) by writer Roman Bratny and a TV series and film with the same title.

After the war, he settled in Paris, where he studied political science and raised a family. Following the 1956 easing of the communist regime, he visited Poland often.

Likiernik-Henny described her father as quick-minded, witty and a strong personality.

Monday’s funeral included a military salute fired and wreaths from President Andrzej Duda and Poland’s prime minister and defense minister were laid before the urn bearing Likiernik’s ashes. The urn was placed in a memorial wall next to author Bratny’s remains.