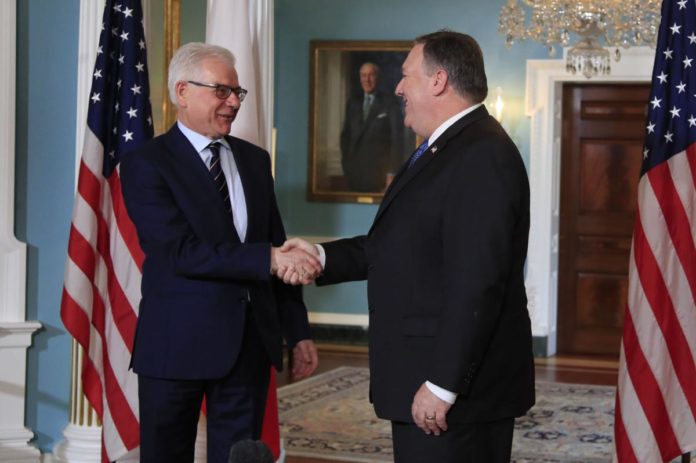 Polish leaders are planning to defend the U.S. government’s withdrawal from the Iran nuclear deal within the European Union, where the decision has been strongly criticized.

Prime Minister Mateusz Morawiecki said Tuesday that Poland wants to be an “informal go-between” and to explain to EU members and U.S. officials the positions of the other.

Polish Foreign Minister Jacek Czaputowicz said Monday during a visit to Washington that Poland stands with the rest of the EU in seeking actions to limit economic damage from the Trump administration’s move, “while as for the strategic and security dimension, we also understand the U.S. concerns.”