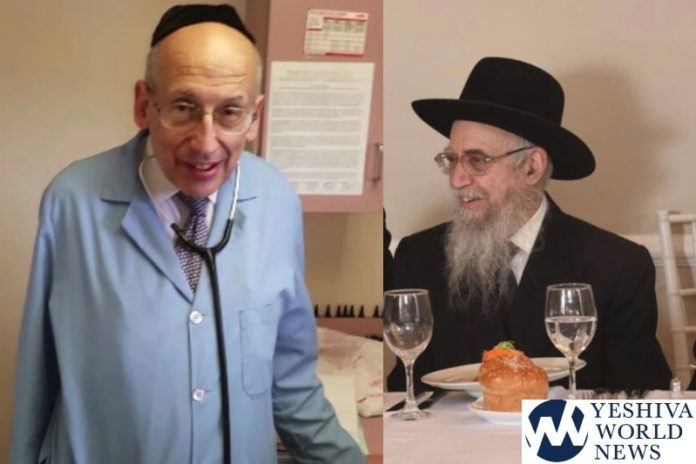 In what appears to be a first, the senior Posek and senior Pediatrician of Lakewood have partnered together to warn parents about the dangers of sexual abuse for children in  summer camp.

Signs have been hung in Shuls around Lakewood with the phone number of a hotline, urging parents to call and listen to an important Shiur about summer camps, and protecting children.

HaGaon HaRav Yaakov Forscheimer, senior Posek at Lakewood’s Beis Medrash Govoah, addresses the obligation that a parent has to speak with their children before camp.

Rabbi Pesach Krohn addresses the importance of having open communication with your children.

This is the second time that the Lakewood community has publicly addressed the dangers of sexual abuse and protecting children.

The first event was organized two years ago by Amudim, and was attended by well over 1000 people, including noted askanim, roshei kehillah, the poskim of Beis Medrash Govoha and with the hishtatfus and brocha of the roshei yeshiva, and ‎roshei mosdos.

It is clear that thanks to the Amudim event, this topic is now being dealt with head on, as opposed to the way it was addressed for decades. The awareness that the Amudim event generated went a long way in providing the necessary information and resources to prevent these problems from occurring, and if Chas V’shalom they do, how to properly deal with it al pi Da’as Torah. 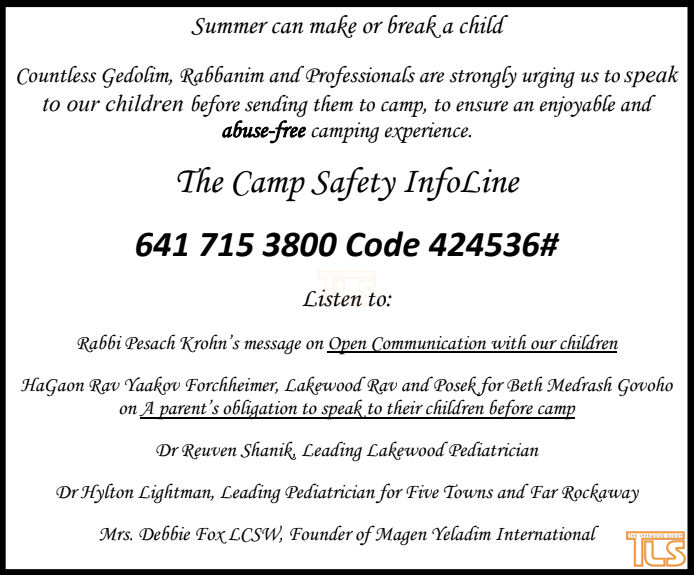