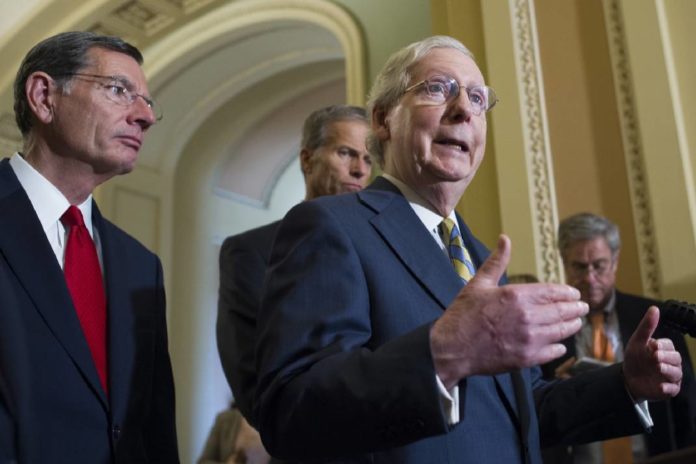 The Kentucky Republican says the “wind’s going to be in our face, we don’t know if it’s going to be Category 3, 4 or 5.” He named nine states, including Tennessee and Indiana, as places where Senate races are “dead even.”

“Every one of them like a knife fight in an alley, just a brawl in every one of those places,” McConnell told reporters Tuesday in Louisville. He says he hopes “when the smoke clears we’ll still have a majority in the Senate.”

Republicans have a slim 51-49 Senate majority, but they have one big advantage in the election. They are defending only nine incumbent seats, while Democrats are defending 26.