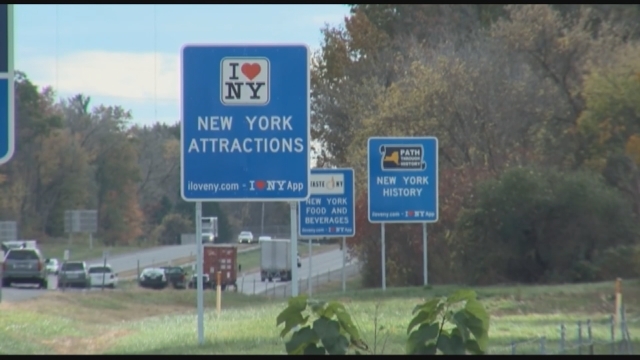 The Federal Highway Administration had warned the state that the 514 big blue tourism signs along highways from Long Island to Buffalo didn’t adhere to regulations and were distracting to drivers. New York stood to lose federal funding if the dispute wasn’t resolved by month’s end.

Mike Reynard, spokesman for the federal agency, says Friday that New York’s Department of Transportation has reached agreement with the agency on a path forward.