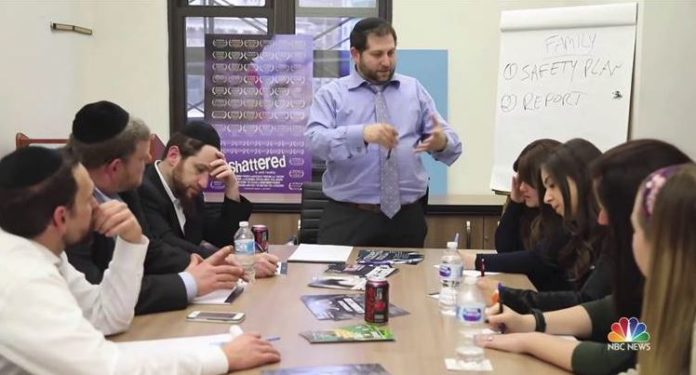 Talking about substance abuse and addiction in the Orthodox Jewish world is a difficult endeavor that Rabbi Zvi Gluck is well acquainted with. He grew up in the ultra-Orthodox neighborhood of Borough Park, Brooklyn and said that, “any insular community likes to remain in their bubble so that they deal with things themselves and not have to mix in the outside world into it.”

Gluck knew early on that helping others was his calling in life because, as he says, “at the end of the day, every time we lose somebody, no matter how old or young, you’re not just losing that person. If we can even just save one life, as the Talmud says, you’ve saved an entire world.”

In 2014, with the support of Jewish philanthropists and community leaders, Gluck created Amudim, a crisis support organization that has taken on two of the most controversial issues in the Hasidic and Orthodox Jewish worlds: sex abuse and addiction.

Since inception, Amudim has helped over 5,000 clients, from across the Jewish spectrum. They provide treatment and services for those that need help, whether they are victims of abuse or addicts. But there’s another critical component of their mission: raising awareness, battling stigma, and education.