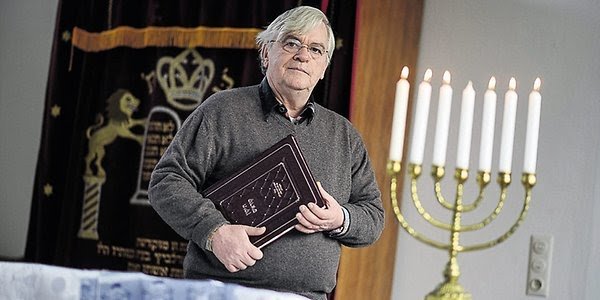 A prominent Jewish community leader in northern Germany is stepping down from his post after reports that he may have lied about his roots.

The head of the Jewish Communities Association in Schleswig-Holstein state said Friday that the leader of its branch in the town of Pinneberg, Wolfgang Seibert, is resigning “with immediate effect, to avert further damage.”

In a recent report, the German weekly Der Spiegel cited documents that questioned Seibert’s Jewish heritage, including claims that his grandparents survived Auschwitz.

In a separate statement Friday, Seibert’s lawyer, Alexander Hoffmann, said his client “exaggerated” some of his public accounts, causing others to feel personally insulted and he apologized for doing so.

Hoffmann added that Seibert remains “committed to the principles of Jewish faith” and will work to regain the community’s trust.