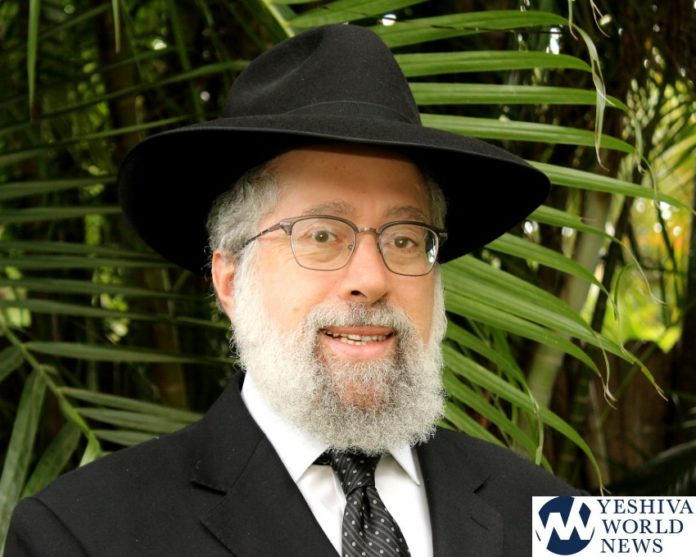 People throughout the world have been moved by the shocking murder of eleven Jews in Pittsburgh. Good people have approached strangers, recognizing that they were Jewish, to express condolences and offer gestures of concern and caring. On Friday afternoon, I went to purchase flowers for Shabbos. As I was about to pay, the florist chose a bouquet and handed it to me and said, “Please take this for your synagogue. I am so sorry for what happened.”

What will be the lasting impact of the massacre in Pittsburgh? Will it be that every Jewish institution will have armed guards? Is that the take home message?

It was astounding to consider that this past Shabbos, as Jewish communities throughout the world dedicated words of Torah and Tefillah in the merit of those murdered in coldblood in Pittsburgh just for being Jews, it was the yahrzeit of the kedoshim who were brutally attacked in Har Nof, four years ago. It cannot be coincidence that we confront two massacres on the same Shabbos – one a yahrzeit and the other in Shiva.

Rav Yaakov Kamenetzky reacted to a sefer that had been published wherein the author referred to some who had perished in the Holocaust as chotim. Rav Kaminetzky protested and declared: “In the Gemara it states that even a rasha, an evil person who is killed by an akum, is considered a Kadosh.”

In dealing with the issue, the Chasam Sofer cites Gemara Sanhedrin 47a, which refers to death by the hand of an akum as kaparah and the deceased is referred to as an eved of Hashem. The Maharil refers to those who were killed in a pogrom in Prague as: “Kedoshei Elyon, u’bemadrega haelyona, v’ein biryah yechola la’amod bimchitzasam.”

The Piaseczna Rebbe explained that at the time of Akeidas Yitzchak there was ratzon u’machshava, desire and thought, to dedicate the life of Yitzchak al Kiddush Hashem. However, due to the intervention of the malach, the action was curtailed. When Jewish lives are taken by ovdei cochavim, this is fused with Avraham’s and Yitzchak’s desire and thought, bringing together ratzon, machshava, and peulah in completion of the Akeidah.

The Rambam (Hilchos Ta’aniyos) writes:
“It is a positive Mitzvah from the Torah to cry out and to sound trumpets in the event of any tzarah that arises which affects the community, as it states: “When you go out to war… against] an enemy who attacks you and you sound the trumpets….” (Bamidbar 10:9) [This commandment is not restricted to such a limited scope; rather] the intent is: Whenever you are distressed by difficulties – e.g., famine, plague, locusts, or the like – cry out [to Hashem] because of them, and sound the trumpets.”

These are the introductory words of the Rambam regarding how someone should respond to tzaros that affect the community: sound the alarm, rally the people, and call out to Hashem. The Rambam continues that a person should then look inward to see what has to be remedied. “Conversely, should the people fail to cry out [to Hashem] and sound the trumpets, and instead say, ‘What has happened to us is merely a natural phenomenon and this difficulty is merely a chance occurrence,’ this is a cruel conception of things, which causes them to remain attached to their wicked deeds. Thus, this time of tzarah will [r”l] lead to further tzaros.”

Just a few days after the Har Nof massacre, while during the Shiva, the widows issued the following letter:

“Rejoice you peoples, for G-d will avenge the blood of His servants and atone for His land and people” (Devarim 32)

With tears and hearts broken over the blood that has been spilled, the blood of our martyred and sanctified husbands, the heads of our homes (Hy”d):

We turn to our brothers and sisters, everyone from the House of Israel, wherever they may be, to stay united so as to merit compassion and mercy from on High.

We should take upon ourselves to increase love and brotherliness between man and his fellow man, between our various communities and among different sectors of society.

Our request is that each and every person take upon himself or herself at the time of welcoming the Shabbos, that this Shabbos, Shabbos Parashas Toldos, will be one in which we express our love for one another, a day on which we refrain from speaking divisively or criticizing others.

Doing so will be a great merit (zechus) for the souls of our husbands, slaughtered in sanctification of G-d’s blessed Name.

May G-d look down from Above, see our pain, and wipe away our tears. May He proclaim: “Enough suffering, enough grief”, and may we merit the coming of the Redemption speedily and in our days, amen, amen.

Four years ago the widows and families requested that we address our relationships and work to improve them. They requested that “we refrain from speaking divisively or criticizing others.” The question we must confront is: how have we dealt with each other since?

The sociopolitical climate in America is fractured and contentious. Consider the fact that an ice cream manufacturer recently came out with a new flavor – Resist. Who should resist whom? American citizens and citizens of the world should resist the policies of the American government. Not only does that polarize; it militarizes people. Ice cream is a comfort food! Even that is channeled to create an image that people are being oppressed and they must resist the oppressors! People don’t and can’t discuss issues; not when they buy into the fact that those who differ with them are enemies who must be vanquished.

As Jews, we are not immune to the surrounding climate. These attitudes creep into our lives by osmosis. We all know of individuals and groups who have different viewpoints. In some cases, things have reached a point where people do not speak to each other. Some people have adapted the view that the way to get their point across is with aggression or even violence. There are open manifestations of sinah, when ahavah should be the objective. Can we say that we have seen marked improvement in Ahavas Yisrael?

Disasters call for a response. Certainly, anti-semitism must be addressed, confronted, and controlled. Nowadays, this is even more of a concern as we face a new dimension to this age-old threat. Loners have now found community. Social media provides a means for these perpetrators of evil to find supporters, gain a following, and bolster each other. In light of this, is the most appropriate course to hire or augment security?

The Rambam states that to merely focus outward without then turning to introspection is cruelty. A proper response demands alarm, prayer, and introspection. If we place a guard at the shul door, can we say we have done enough after Pittsburgh? As Klal Yisrael, is it sufficient to fortify the physical institutions without fortifying the bein adam l’chaveiro of our people within them?

There are ways we can address the pirud in Klal Yisrael. There are ways to improve the Ahavah in our homes and in Klal Yisrael. It must be emphasized as a clear objective, otherwise it is not going to happen. People may have different opinions and not everyone has to agree on every issue. However, there is one theme that should be met with unanimity – Shalom, not merely in theory, but in practice.

After the fall of the twin towers there were obvious changes in security. No longer could someone dash to the airport and run through the terminal, suitcase in hand, to catch a plane. We wave goodbye to loved ones at the security line rather than sit with them at the gate until departure. In response to the tragedy of 9/11, there is a clear demarcation of before and after regarding security. Can we say that we heeded the Rambam’s warning?

Many institutions are holding meetings regarding security. It won’t be so simple to enter Jewish institutions without noticing the changes that will certainly be manifest on the outside. We must adjust our response to include refashioning our environments with increased ahava, achdus, and reyus? In matters of security, there will certainly be a recognizable before and after Pittsburgh in our mosdos. Will the changes be recognizable on the inside as well?

Rabbi Hershel Becker is a Rov in Miami for over 30 years, dealing with people from all backgrounds and levels of Yiddishkeit. He has devoted a lot of effort to the subject of relationships/ahavah. His latest sefer, In Pursuit of Peace: A Torah Guide to Relationships, is distributed by Feldheim with haskamos from HaRav Shmuel Kamenetsky shlita, HaRav Yerucham Olshin shlita, HaRav Noach Isaac Oelbaum shlita and HaRav Shmuel Fuerst shlita.