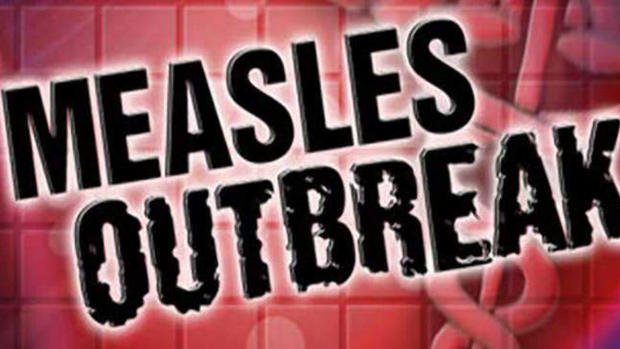 An infant has been hospitalized at Mayanei Hayeshua Medical Center in Bnei Brak, after the three-week-old baby was diagnosed with the measles.

The hospital confirms that the three-week-old infant contracted the disease from his mother, who WAS NOT VACCINATED, and was diagnosed with measles. The mother likely caught the measles from ANOTHER family member who was ALSO not vaccinated.

This is the youngest person to be hospitalized with the measles in Israel.

Earlier this month, an 18-month-old girl was R”L killed by the measles in Meah Shearim.

Meanwhile, the Ocean County Health Department has informed YWN that there are additional cases of measles in Lakewood.

There are now 15 confirmed measles cases, and are an additional 21 potential cases under investigation.

The Ocean County Health Department continues to support and highly encourage the exclusion of non-vaccinated children from schools, preschools and daycares in the outbreak area. These entities have the authority to make that decision when an outbreak has been declared by the New Jersey Department of Health. The age range so far for the current outbreak is 6 months to 27 years old.

Anyone who visited the following locations may have been exposed to the measles:

Meanwhile, officials in Orange County say more people may have potentially been exposed to the measles.

The Health Department says that anyone who used Motty’s Taxi Service on Nov. 14 at certain times may have been exposed.

YWN was first to report that there was already one confirmed case of the measles in Orange County. A baby at a health facility in Kiryas Joel had showed symptoms.

As of Friday, there are 77 confirmed cases of measles in Rockland County (Monsey, New Square, Spring Valley) plus seven suspected cases that the Rockland County Department of Health is keeping an eye on. That’s one more in two days.

Manay Rabbonim around the globe have spoken out against the anti-vaxxers, with some Rabbonim saying that those who don’t vaccinate their children are murderers.