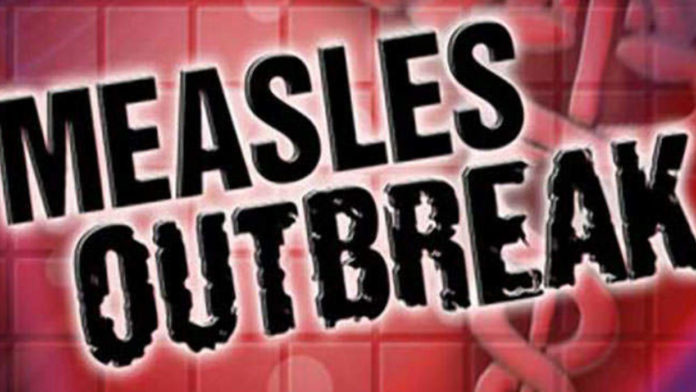 Tragedy has struck the Chareidi community as an 18-month-old baby R”L was Niftar in Jerusalem on Thursday evening. It is suspected that the infant died due to being exposed to Measles, and was unvaccinated.

A ZAKA spokesperson said they were dealing with the infant, who lived on Chayei Adam Street in the Meah Shearim neighborhood.

The child was taken by ambulance to Shaare Tzedek Hospital where she was R”L Niftar.

This is Israel’s first death from measles since 2003. The country is grappling with one of its worst measles outbreaks in decades, with over 1,200 cases reported since the beginning of 2018.

Members of the infant’s family were diagnosed with the disease on Wednesday according to sources in the Israeli media. The young girl had physical signs of the infection on her body.

People in the community spoke to the Israeli press and said that first responders from United Hatzalah and other organizations were prevented from attending to the girl because she was suspected of being infected with the disease. Zaka volunteers were sent to receive additional vaccinations, ahead of their being allowed to deal with the outcome of the infant’s death.

Measels is easily preventable if a person is vaccinated, but has spread in certain sections of the Chareidi population due to opposition to vaccinating.

Meanwhile, in Rockland County, NY, more than 40 cases have been confirmed. Two children have been hospitalized – ONE IN INTENSIVE CARE – because of the measles outbreak, and the health department is taking more precautions to make sure it doesn’t spread among students.

In Lakewood, there are three confirmed cases, and in Williamsburg there are at least 6.

The World Health Organization has reported tens of thousands of measles cases across Europe, and it is one of the leading causes of death worldwide in young children.

YWN published a story two weeks ago about a measles outbreak in New York, with 6 residents of Williamsburg and multiple residents of Rockland County confirmed to have the disease.

The Viznitz Monsey Girls School announced that any child who is not immunized, can’t return to school for 21 days. No “religious exemption” is accepted. A religious exemption does not work when there is a measles outbreak.

Last week, YWN published an article where MK (Yisrael Beitenu) Yulia Malinovsky on Monday, during a session of the Knesset Health Committee, blasted the chareidi public of intensifying the spread of measles in Israel because so many of the community refuse to vaccinate.