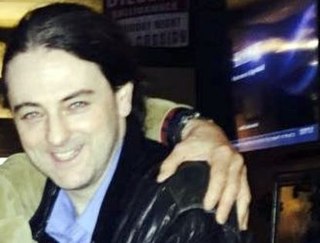 Prosecutors said Wednesday that Michael Brogan, 51, was charged with threatening to kill a federal official.

Authorities did not identify the senator.

Brogan, 51, was released from custody on $50,000 bail with home detention and ordered to wear an ankle monitor as he awaits trial.

A criminal complaint filed in U.S. District Court says Brogan called the senator’s office in Washington, D.C., earlier this month and threatened to “put a bullet in ya.”

Brogan told the NY Daily News he made the call in “the heat of the moment” after watching a clip of the senator online.

“Not to trivialize it, I wish in retrospect I didn’t do it, but I don’t think it’s that big,” Brogan told the paper.

“I’m going to put a bullet in ya. When I’m in D.C. and you’re there, I got your [EXPLETIVE] mark you stupid [EXPLETIVE],” he said, according to a criminal complaint. “You and your constant lambasting of President Trump. Oh, reproductive rights, reproductive rights. You know what? I’m cursing and I’m in sin because of people like you, OK?”