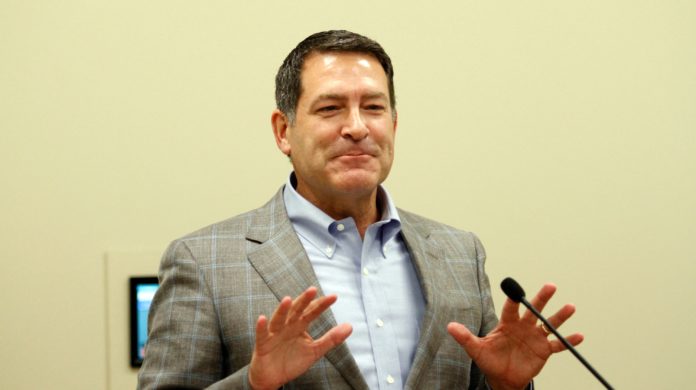 A Tennessee physician recently elected to Congress received criticism Thursday from top state leaders for alleging without evidence that vaccines may cause autism.

“Let me say this about autism,” said Republican U.S. Rep.-elect Mark Green of Ashland City in a Tuesday town hall. “I have committed to people in my community, up in Montgomery County, to stand on the (Centers for Disease Control) desk and get the real data on vaccines. Because there is some concern that the rise in autism is the result of the preservatives that are in our vaccines.”

Green was responding to a question from a mother who has a child with autism asking about Medicaid spending cuts.

The Republican has since walked back his comments, telling reporters on Wednesday he encourages families to vaccinate their children and has vaccinated his own children but he said more research is still needed on a possible link to autism.

The CDC has clearly stated there is no link between vaccines and autism.

However, his remarks received national attention and concerns from health officials worried about potential negative impacts. And by Thursday, Tennessee Department of Health issued a brief but direct statement: “Vaccines do not cause autism. Vaccines save lives.”

“The Tennessee Department of Health welcomes discussion with Tennessee clinicians and scientists who would like to examine the evidence on this topic,” the statement continued.

That came just hours after Tennessee GOP U.S. Sen. Lamar Alexander tweeted a similar statement, complete with an attachment of a video of him praising the benefits of vaccines during a congressional hearing.

“Sound science is this,” Alexander says in the video. “Vaccines save lives. They save the lives of people that are vaccinated. They protect the lives of the vulnerable around them, like infants and those who are ill.”

Green did not immediately respond to an email request from The Associated Press for comment on the subsequent responses.

The Republican, who is not only a doctor but also a former Army surgeon, businessman and cancer survivor, soundly defeated Democrat Justin Kanew in November. He withdrew as President Donald Trump’s nominee for Army secretary earlier this year amid criticism of his comments about gay and transgender people.

He is scheduled to be sworn-in on Jan. 3.