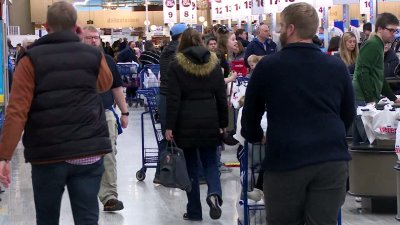 Retail sales rose 5.1 percent between Nov. 1 and Dec. 24 from a year ago, according to Mastercard SpendingPulse, which tracked spending online and in stores across all payment types, including those who paid by cash or check. Total sales topped $850 billion this year, Mastercard said.

“From shopping aisles to online carts, consumer confidence translated into holiday cheer for retail,” said Steve Sadove, a senior adviser at Mastercard and the former CEO of the department store chain Saks.

Online sales continued to grow, up more than 19 percent from a year ago. Last week, Mastercard said online sales made up 13 percent of total retail sales.

Shoppers spent less at department stores, which Mastercard said was partly due to store closings. But shoppers did head to the websites of department stores, where sales rose 10.2 percent, Mastercard said. Traditional retailers have been updating their websites and smartphone apps, as well as making it easier for shoppers to buy online and then pick up their items in store.