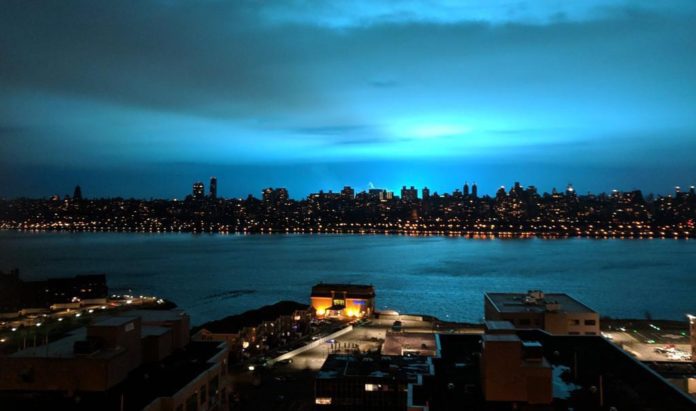 Authorities said a fire caused by the explosion was under control. No injuries were reported.

Fire officials said they fielded a flurry of calls reporting explosions in the Long Island City and Astoria areas.

The NYC 911 system may have been down for a few seconds, and subway service in the area were impacted.

There was a brief ground stop at LaGuardia Airport, and flights diverted to JFK and EWR (Newark) and other airports. But power had been mostly restored to LaGuardia by 11 p.m. and the airport was resuming normal operations. Travelers were still asked to check with their carriers for updated flight information.

The lights caused a stir on social media as several witnesses posted photographs and videos of a bright, blue flash that filled the night’s sky. The Manhattan skyline and iconic East River bridges were suddenly silhouetted against a backdrop of pulsating light. Plumes of smoke poured from the transformer.

People flocked to social media to find out what happened and to share their observations.

Some observers wondered whether aliens were invading and joked that the trend of gender reveal parties had finally gone too far. Television host Keith Olbermann referred to the episode as the “Blue Light Special.”

“Something insane is happening in the sky above Manhattan right now,” New York University sociologist Eric Klineberg wrote on Twitter under a video of the flashing sky.

It was the second major incident involving Con Edison in the last six months. In July, a steam pipe explosion spewed asbestos-laden vapor into the air in Manhattan’s Flatiron District, driving hundreds of people from their homes and businesses.

Con Edison said on Twitter that there was “a brief electrical fire at our substation in Astoria which involved some electrical transformers and caused a transmission dip in the area.” A spokesman didn’t immediately return a call seeking further comment. 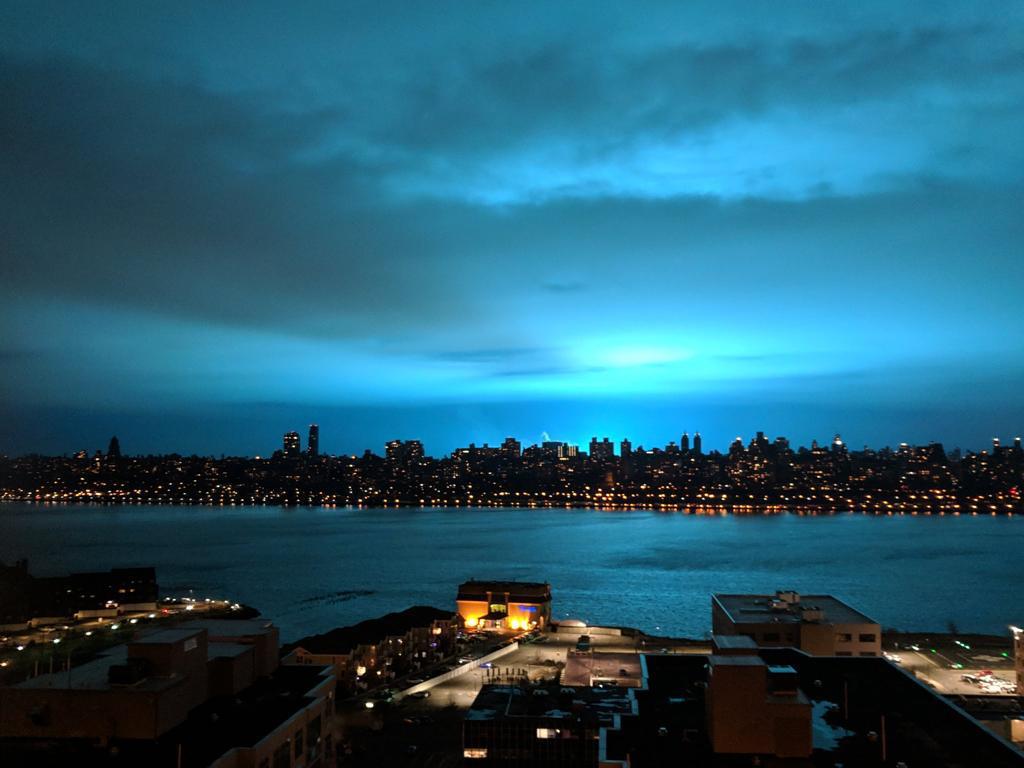 Just landed at very dark LGA. Pilot says terminals evacuated, w/no power. Said we may have to go to Philadelphia or Hartford. pic.twitter.com/H0iGcq9A8S

The transformer explosion in Astoria was… right outside my window. So bright I couldn’t look directly at it. pic.twitter.com/lsv5uHrENb

The scene outside ConEd pic.twitter.com/yYbKKf08R0

“Earlier this evening, a major electrical failure occurred at a Con Ed substation in Queens. Fortunately, it appears no one was injured in the incident, and I commend first responders for their swift response. There is no active fire at this time.

“While portions of LaGuardia Airport weretemporarily closed due to power outages, full power has been restored and the airport is resuming normal operations with some diversions and cancellations. Additionally, power issues on the 7 Train have been resolved and the line is running local service. There are no other significant reported power outages at this time.

“State Police and staff of the Public Service Commission stand ready to support local authorities as they respond to this incident. We will take all necessary action to ensure the safety and security of the community.”

STATEMENT BY THE NYC OFFICE OF EMERGENCY MANAGEMENT:

Con Edison reports the incident was caused by arching from a transformer. They have stabilized the situation and are in the process of restoring power to the affected area. There are no environmental impacts reported.

Port Authority reports all operations have returned to normal, with some residual delays, following a partial power outage.

DOE reports there are five schools in the impacted area, three have been assessed with no issues.

There are no reports of injuries or evacuations at this time.

NYCHA reports no impacts at this time.

DOC reports no impacts to their facilities.

Following a prior suspension, 7 line service has resumed.

Flushing and Elmhurst Hospitals are currently on back up generation.