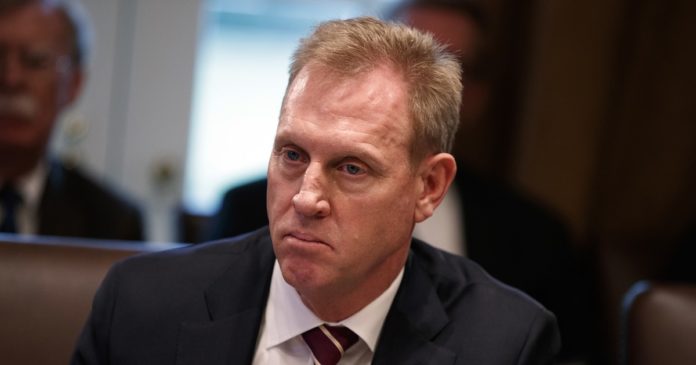 The United States will not reduce its troop presence in Afghanistan unilaterally, the top Pentagon official said Thursday, pledging that any moves will be fully coordinated with its allies.

“There will be no unilateral troop reductions,” Acting Defense Secretary Pat Shanahan told reporters after his first meeting with NATO defense chiefs. “That was one of the messages: It will be coordinated. We’re together.”

Frustrated with America’s longest war, President Donald Trump has said he wants out of Afghanistan, raising doubts about NATO’s Afghan troop training operation in the strife-torn country. Around 14,000 U.S. troops are deployed there, just over half with NATO and the rest doing counterterror and combat operations.

Shanahan made clear that if U.S. troop cuts are made, either in connection with peace negotiations with the Taliban or in other circumstances, Washington will consult with NATO to ensure coordination.

“What we talked about was, how do we double down on support for Afghan national defense and security forces to put even more pressure on the Taliban,” Shanahan said.

Were U.S. troops to leave the NATO operation, countries like Germany and many smaller allies wouldn’t be able to do their job as they rely on American air support.

NATO’s top military officer, U.S. General Curtis Scaparrotti, said that he has not been asked to plan for any drawdown.

The U.S. and NATO troops are mostly advising and training, but when requested they assist Afghan forces in battles with the Taliban, who carry out near-daily assaults on Afghan soldiers and police. More than 17 years after they were ousted by a U.S.-led coalition, the Taliban control, influence or hold sway over nearly half the country, and the conflict is at a stalemate.

NATO is wary of setting any timeline for a possible withdrawal as the Taliban have been content to wait international forces out in the past.

Still, NATO knows that the Taliban want foreign forces off Afghan soil and that its possible departure could be a powerful bargaining chip in any peace talks. NATO, though, would not leave empty handed. It would want guarantees that the Taliban will live up to any promises in those talks, and perhaps would even want to stay to monitor the peace moves.

For the moment though it is too early to tell. Upcoming elections in Afghanistan will further complicate the picture for NATO, as those polls decide what parties should be involved in peace moves.

“We are in this mission together and we will take decisions regarding the future of the mission together. And of course our military commanders are constantly assessing our posture,” NATO Secretary-General Jens Stoltenberg said after chairing Thursday’s meeting.

U.S. envoy Zalmay Khalilzad is meeting with the Taliban and others to try to end the conflict, and the results of those talks could help determine the future of NATO’s mission. However, the Afghan government is not yet involved in the political moves to set up peace talks.

Envoys from the 29 NATO nations will discuss the Afghan operation again next Wednesday.