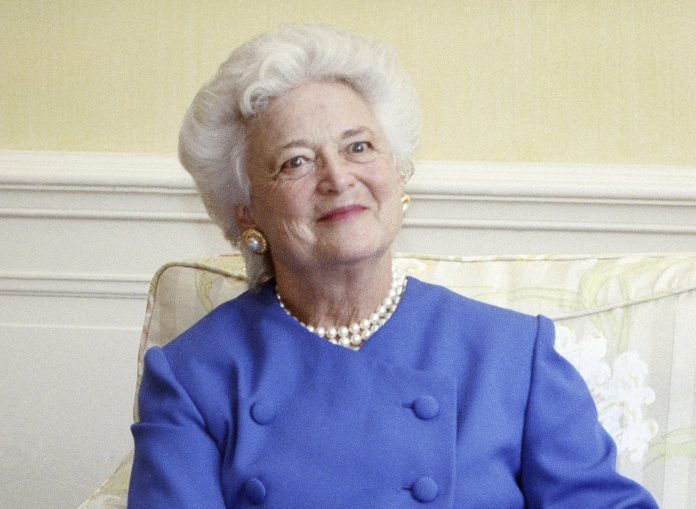 Barbara Bush didn’t bite her tongue in recent years when it came to Donald Trump: She just didn’t like him. But a new biography of the former first lady finds that her disdain for the Republican president, who transformed the party her own family had embodied for generations into his likeness, dates as least as far back as a 1990s diary entry.

She referred to Trump in the entry as “the real symbol of greed in the 80s.”

Mrs. Bush, who was 92 when she died last April , gave Susan Page, author of “The Matriarch: Barbara Bush and the Making of an American Dynasty,” access to volumes of her diaries, which she began keeping in 1948. The former first lady recounts in a January 1990 entry about reading a news article on Trump speaking at a Los Angeles charity awards dinner for Merv Griffin. Former President Ronald Reagan and his wife, Nancy, attended the gala, and Trump needled the former president over pricey speeches he had given in Japan.

Mrs. Bush later showed a friend news clips about Trump’s separation from his first wife, Ivana, and noted that allies of the soon-to-be ex-Mrs. Trump were saying a $25 million settlement in the prenuptial agreement she signed wouldn’t be enough.

“The Trumps are a new word, both of them,” Mrs. Bush wrote. “Trump now means Greed, selfishness and ugly. So sad.”

Her dislike of Trump spiked more recently over the way he belittled her son, Jeb, when the New York businessman and the former Florida governor competed for the 2016 Republican presidential nomination. Trump also had criticized other members of the Bush clan, including George W. Bush over starting wars in Iraq and Afghanistan.

Page, the Washington bureau chief for USA Today, also reveals that Mrs. Bush blamed Trump for causing her “angst” during the 2016 election – she called it a “heart attack” – and leading her to question whether she was still a Republican. Asked in the months before she died whether she still considered herself a Republican, Mrs. Bush answered: “I’d probably say no today.”

The book, based also on five interviews Page conducted with Mrs. Bush, is due in bookstores Tuesday. It comes nearly a year after the passing of the second woman in U.S. history to be the wife of one president and the mother of another.

The former first lady had drafted a tongue-in-cheek letter to send after the November 2016 election welcoming former President Bill Clinton to the club of first spouses. Clinton’s wife, Hillary Clinton, was the Democratic candidate, and Mrs. Bush thought, as did many voters, that she would be the next president.

The letter never saw a mailbox. She woke up the morning after the election “and discovered, to my horror, that Trump had won.”

Weeks later, however, she wrote to Melania Trump. At the time, Mrs. Trump was the subject of intense speculation over whether she would relocate to the White House from her family’s penthouse at New York’s Trump Tower. Mrs. Bush encouraged the incoming first lady to do what was best for her and for the couple’s young son, Barron. Mrs. Trump attended her predecessor’s funeral.

Until the day she died, Mrs. Bush also kept on her bedside table a red, white and blue digital clock, given to her as a joke, that counted down to the end of Trump’s term.

Mrs. Bush, who had been living in constant pain, fell and broke her back shortly before she died. In the hospital, after receiving the news that she was dying, she asked her doctor to keep it a secret. Once back at her Houston home, receiving only palliative care, she sat in the den holding hands with her husband of 73 years. They had the longest presidential marriage in U.S. history.

Then they each had a drink: bourbon for Mrs. Bush, a vodka martini for the former president.