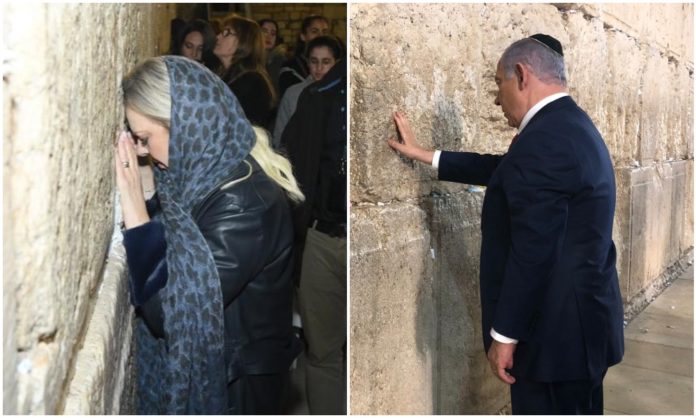 Benjamin and Sara Netanyahu went to the Kosel to Daven on Monday evening, the night before Election Day.

Netanyahu placed a “Kvittel” in the Kosel, which read “For security, for Am Yisrael, for my family, and for love”.

It’s a crowded field in Israel’s elections as over 40 parties will be slugging it out on Tuesday for seats in the country’s parliament.

There is the right-wing flagship, centrist newcomers, ultra-Orthodox parties, Arab parties and fringe movements. But only a handful will win the necessary 3.25 percent of total votes cast to cross the electoral threshold needed to enter the Knesset.

Israeli democracy operates on a parliamentary system of proportional-representation in which the government needs a majority to rule. Since no party has ever earned more than 61 of the 120 seats in the Knesset, a coalition is required.

Polls show Prime Minister Benjamin Netanyahu’s rightist Likud in fierce competition with the centrist Blue and White party. Both camps are trying to rile up their bases to become the largest party in parliament while also convincing the smaller parties to join them in a coalition after the results become known.

Here’s a look at the major players:

Israel’s conservative Likud party has dominated the political stage since 1977 with only a few exceptions, and it has controlled government for the past decade in large part thanks to Netanyahu’s personality cult and strong base. 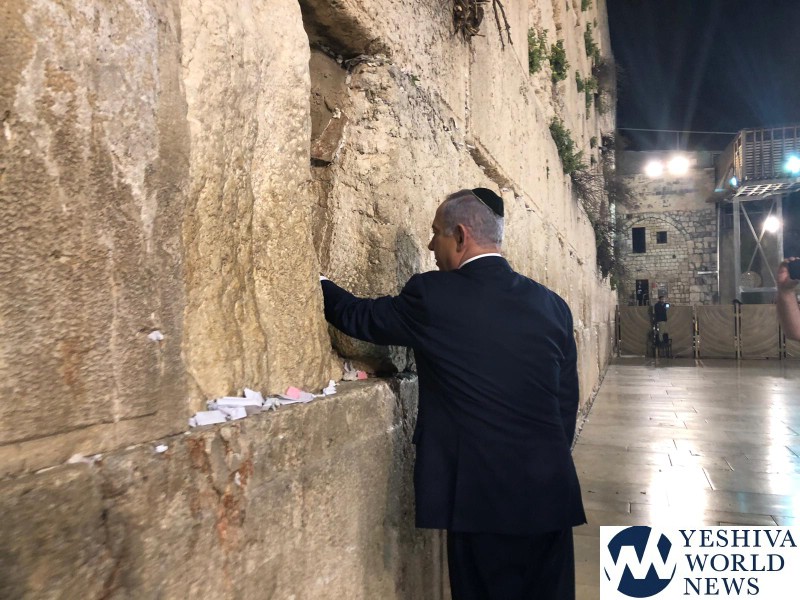 Netanyahu has brazenly allied himself with Israeli settlers and courted nationalist and ultra-Orthodox parties for his current coalition.

In past elections, Likud has depended on a groundswell of populist support from Mizrahi, or Middle Eastern, Jews who harbor deep-seated resentment toward Israel’s European-descended founding elite and their social democratic brand of politics.

This constituency appears poised to support Netanyahu again, despite the attorney general’s intention to indict him on three serious corruption charges.

If Netanyahu wins another term, he will be on track to become the longest serving leader in Israeli history. He’ll also have to simultaneously lead the state while fighting criminal charges against him.

Ex-army chief Benny Gantz shook up the scene when he announced the formation of a new party earlier this year, and several weeks later, when he formed a partnership with centrist politician and former television host Yair Lapid, head of the centrist Yesh Atid. Their joint Blue and White list presents the first viable challenge to Netanyahu’s long rule.

If elected, Gantz would lead the government for the first two and a half years with Lapid taking over for the rest of the term.

The new coalition of centrists and former military officers has sought to mobilize a united front to oust the scandal-plagued Netanyahu, carrying the mantle of clean government, economic reform and respect for Israel’s state institutions.

Gantz and his slate talk tough about standing up to Iran and striking Palestinian militants to appeal to hard-liners but have also hinted they won’t foreclose future peace negotiations.

Although Blue and White has inched ahead of Likud in some polls, the party may find it more difficult to recruit suitable coalition partners. 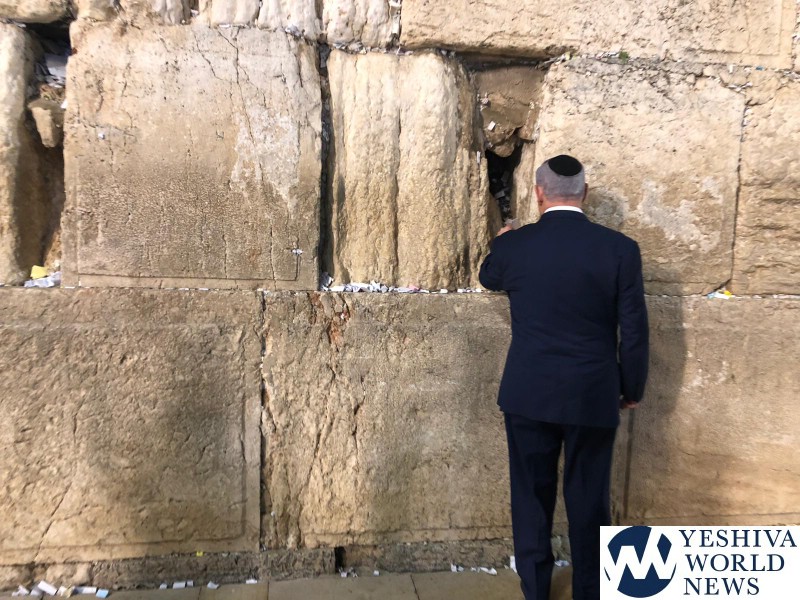 A pair of nationalist ministers, Naftali Bennett and Ayelet Shaked, ditched their religious Jewish Home party and formed the “New Right” to attract a broader range of secular but still staunchly pro-settler voters.

They’ve promised to join Likud’s coalition, along with a handful of other right-wing and religious parties, but their sudden maneuver hints that their political aspirations may extend beyond Netanyahu’s corruption-stained rule.

Bennett, often the first to slam Netanyahu for his failure to deter Gaza rockets, is jostling for the position of defense minister.

As justice minister, Shaked has clashed with the Supreme Court, which she views as a bastion of the Israeli left that unfairly curtails her party’s nationalistic agenda.

Their sardonic campaign ads have stirred online debate, including one that features Shaked spritzing herself with a faux perfume called “Fascism.”

The venerable Labor party, once Israel’s largest faction that founded the state and promoted a statehood deal with the Palestinians, has languished under decades of Likud rule and an impasse in the peace process. It now appears overtaken by Blue and White and can only hope to join a coalition led by the new front-runner of the center-left bloc.

The religious Zionist party Bennett once headed, Jewish Home, has joined forces with Jewish Power, a far-right faction inspired by the banned Kahanist movement, branded a terrorist organization by the U.S. for an extremist agenda that includes forced expulsion of Palestinians.

Netanyahu helped cut the deal in order to give the parties a better shot at passing the parliamentary threshold and serving as a potential coalition partner.

Both at home and abroad, Netanyahu’s overture to Jewish Power drew sharp condemnation.

Arab parties, which represent over 20 percent of Israel’s citizens, could help sway the vote — if their constituents vote.

In the last election cycle, four Arab factions joined forces into a single list, energizing voters and winning a record number seats in the Knesset — 13. But this year, political infighting split the slate, which looks likely to cut away at their overall numbers.

Low turnout could also be an issue. Netanyahu’s campaign against Arab politicians, seen as incitement in the Arab sector, together with the new alliance with anti-Arab extremists and the passage of last year’s contentious nation-state law, which enshrined Israel as the homeland of the Jewish people alone, have deepened calls for a ballot boycott in Arab communities.

But some hope these blows will have the opposite effect, fueling enough frustration to drive up the Arab participation rate. That could complicate Netanyahu’s attempts to form a coalition as he fights for a fourth consecutive term. 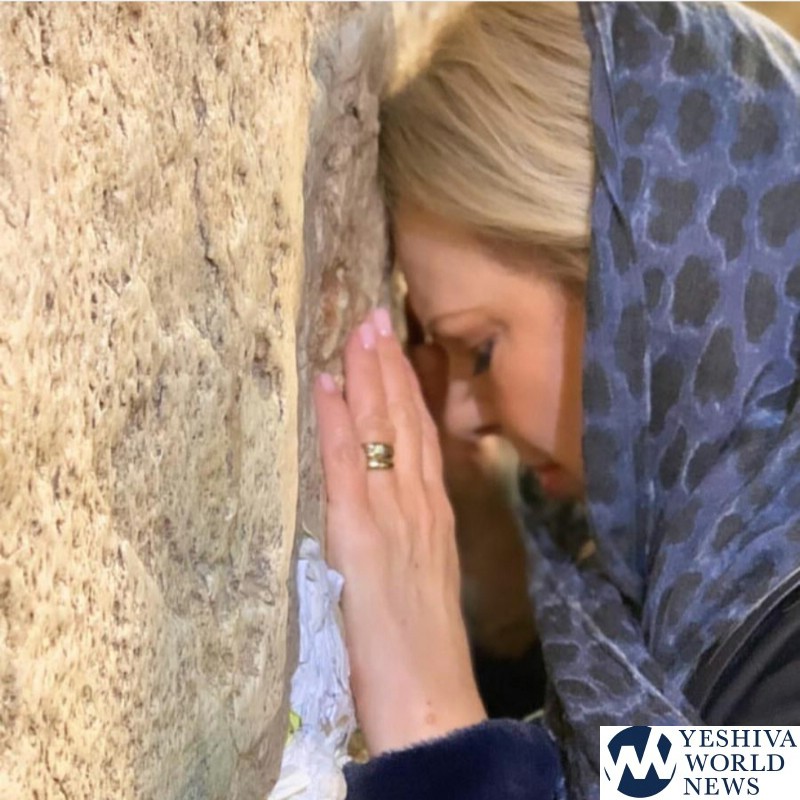 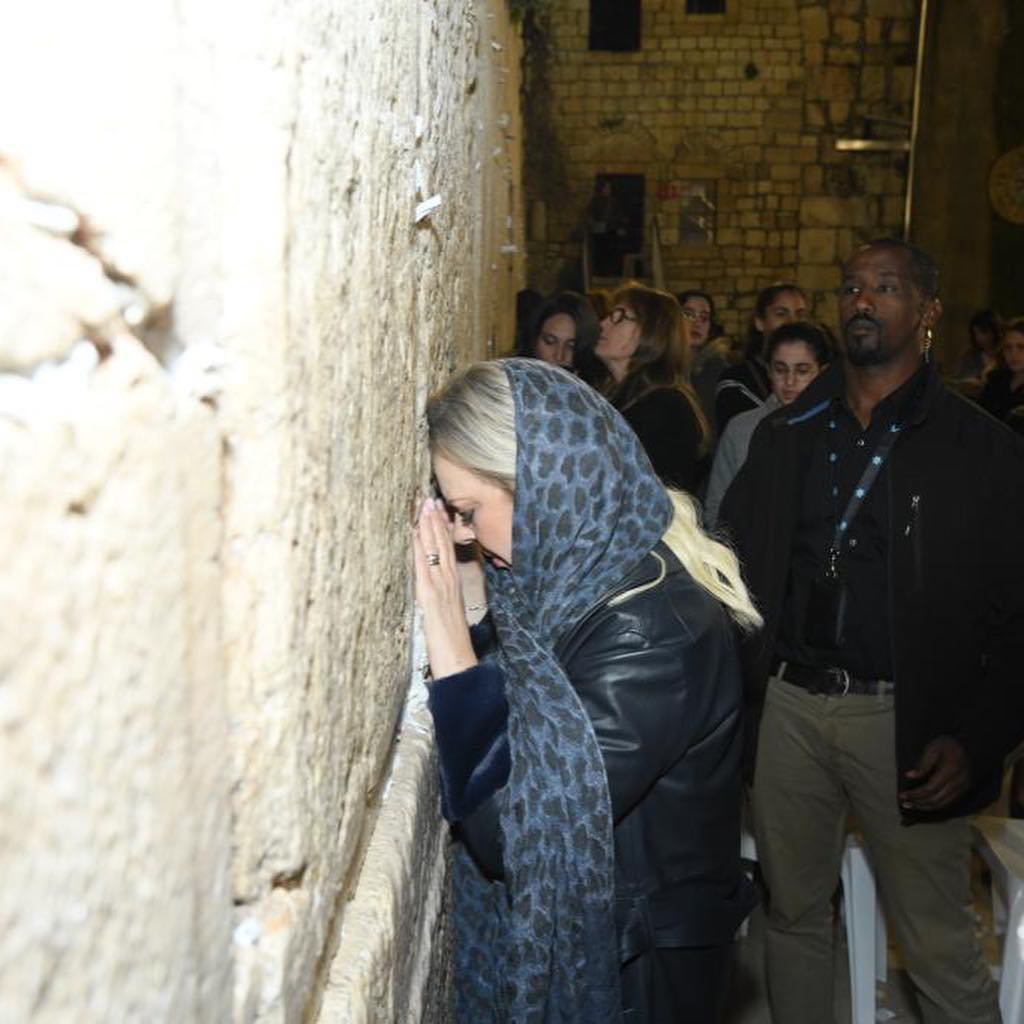