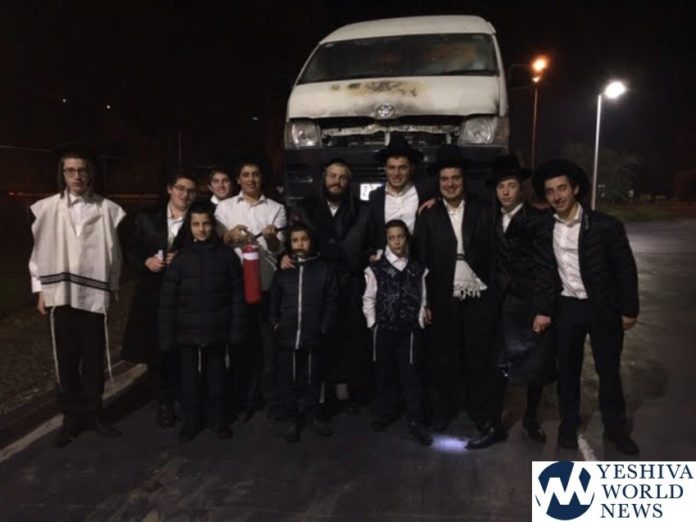 A group of bochurim from Melbourne were returning late Motzoei Shabbos this past weekend from an uplifting Shabbos Hizchazkus at a campsite in Fosters Victoria, when the van drove over a plastic jerry can (full of fuel) that was in the middle of the South Gippsland Highway, causing the engine to catch fire.

A bochur in the first row, holding the Sefer Torah, noticed sparks and flames coming through the floor from the engine compartment and alerted the Magid Shiur who was driving. They immediately stopped and evacuated the van, standing at a distance as the front of the car was engulfed in flames. The fire brigade was called but took a little while.

In the meantime – a heaven-sent Shaliach “happened” to pass the scene just half a minute after the incident. This vehicle was a company car of a Firefighting company, and the driver did a U-turn – grabbed 2 powder-filled extinguishers from the back and promptly ran and put the fires out, thereby saving the entire van from bursting into flames and thus saving the Sifrei Kodesh and baggage at the rear of the van.

The firefighter left the scene without leaving details, but was later tracked down. He said that he usually drives his private car and only occasionally drives the company car on weekends, and for some reason was “held up” till late that evening and wound up using the company car containing the fire extinguishers. 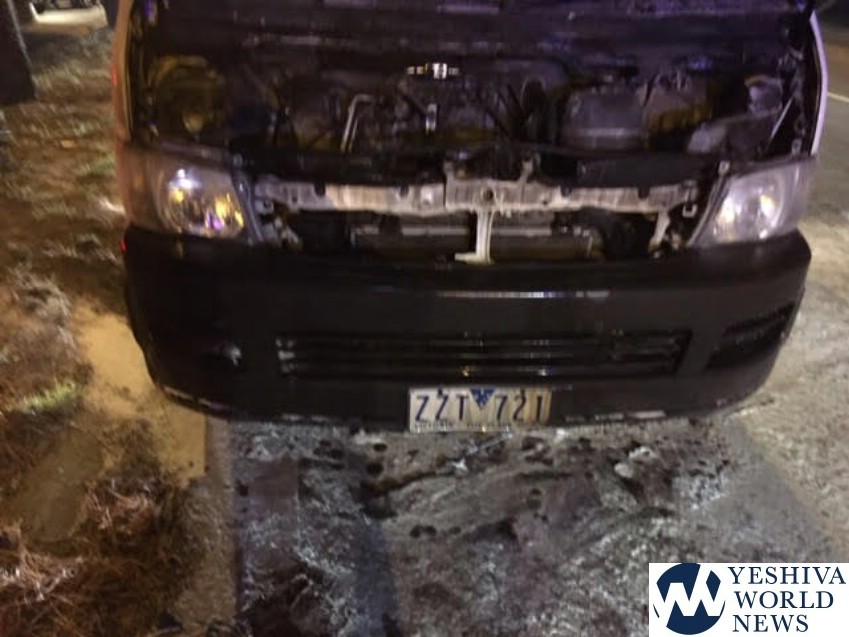 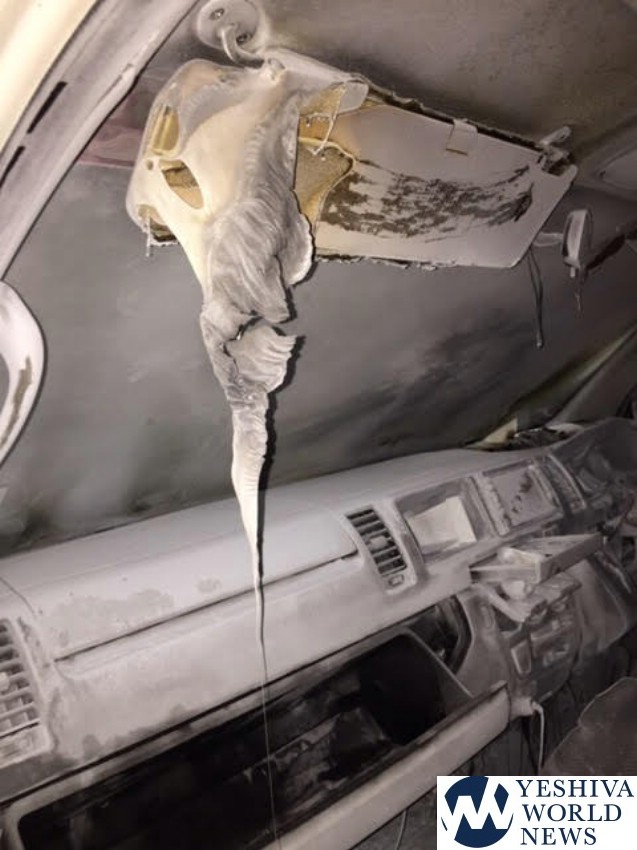 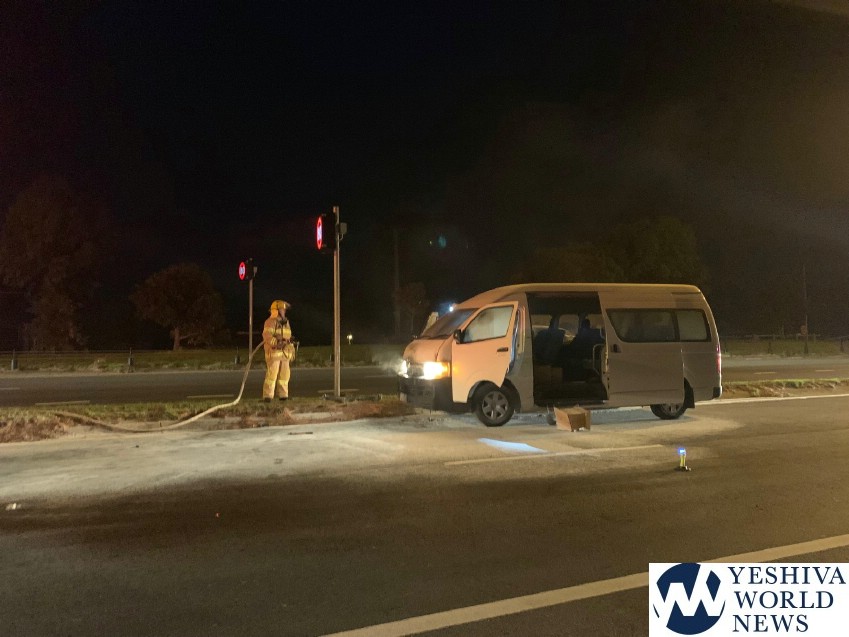 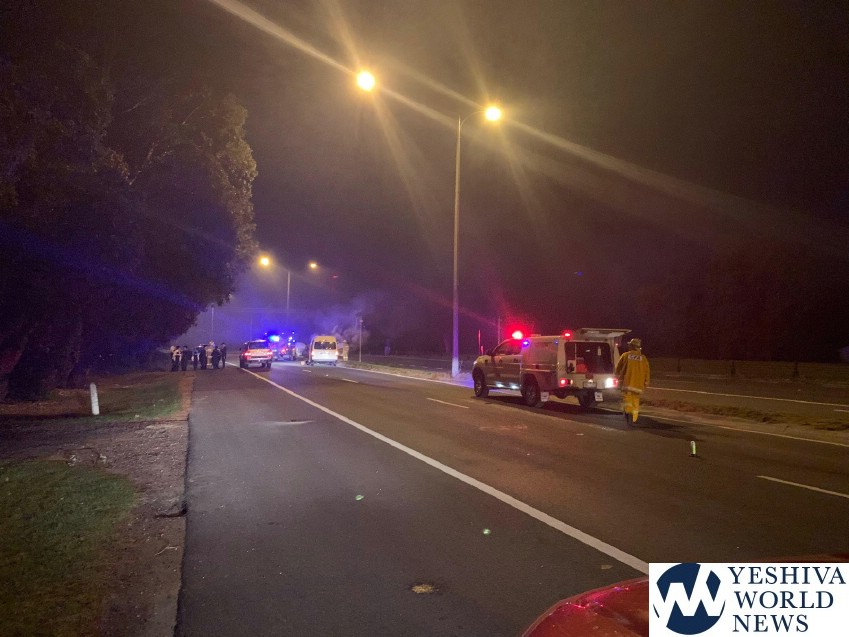 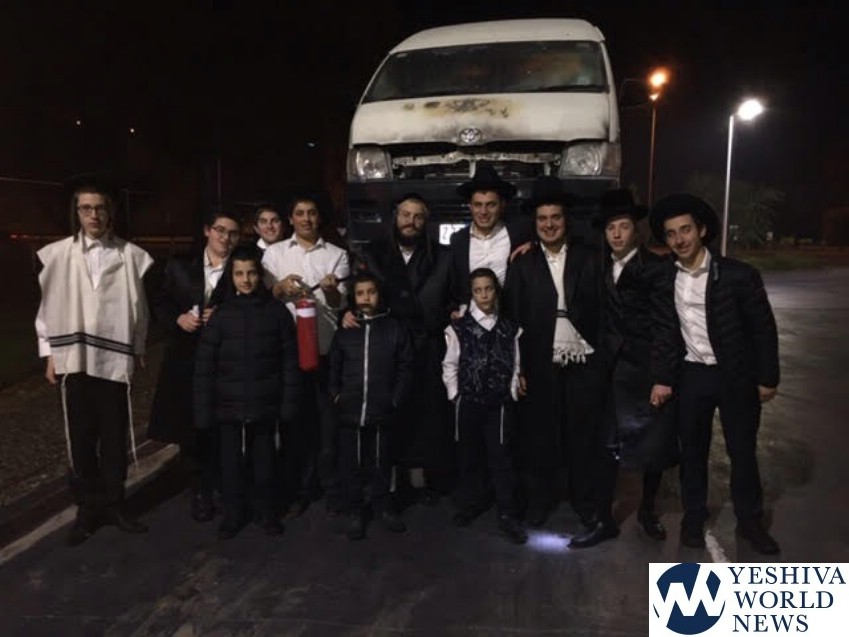