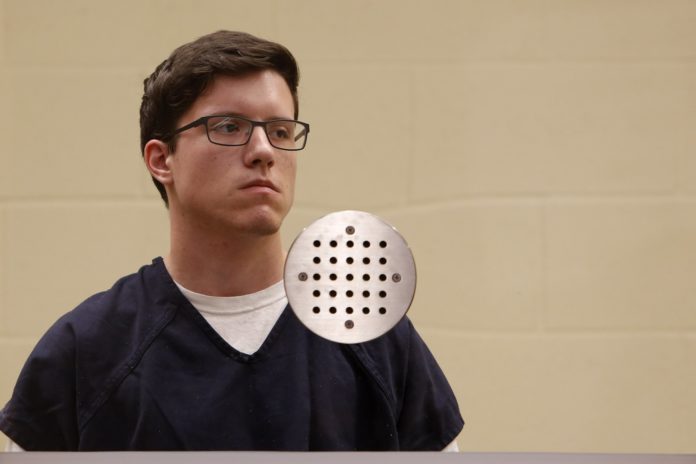 The sole suspect in a fatal shooting at a Southern California synagogue pleaded not guilty to federal hate crimes and other charges Tuesday.

John T. Earnest entered the plea a week after a grand jury returned a 113-count indictment that largely mirrors a complaint filed shortly after his arrest on April 27. The indictment added four counts of using and carrying a firearm during commission of a violent crime.

Earnest’s parents attended the brief hearing but did not seem to exchange eye contact with their 19-year-old son. The suspect spoke only once, to acknowledge his name.

Two days after the shooting, the family said their son’s actions “were informed by people we do not know, and ideas we do not hold.”

“To our great shame, he is now part of the history of evil that has been perpetrated on Jewish people for centuries,” they said in their only public statement since the shooting.

Earnest looked blankly ahead as one of his attorneys argued that shackles should be removed from his wrists, ankles and waist during the hearing. Peter Ko, a prosecutor, countered, “He tried to commit mass murder,” and the judge, Michael Berg, denied the defense request.

Earnest also faces charges of murder and attempted murder for the attack on Chabad of Poway on the last day of Passover. One person died and three were injured.

He is being represented by public defenders. His family is not paying his legal costs.

Both federal and state crimes make him eligible for the death penalty if convicted but prosecutors have not said if they will seek it.