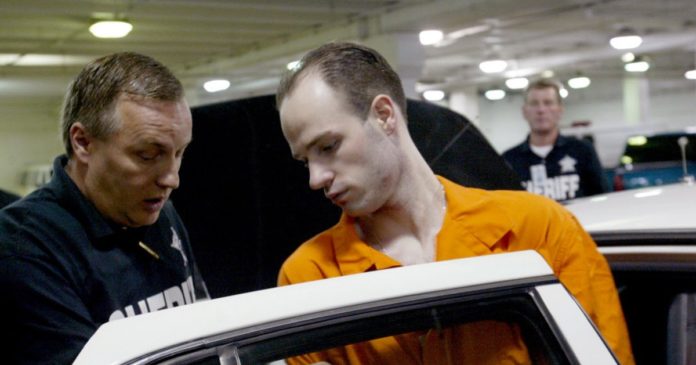 A Jewish death row inmate who was part of the “Texas 7” gang of escaped prisoners has filed an appeal claiming the former county judge who convicted him was anti-Semitic and frequently used racial slurs.

Randy Halprin alleges in his federal appeal that ex-Dallas County Judge Vickers Cunningham referred to him with anti-Semitic language in conversations with a campaign worker, and that he said he took pleasure in sentencing Jewish and Latino gang members to death, the Houston Chronicle reported.

It’s not the first time that Cunningham has been accused of bigotry, and Halprin said the judge should have recused himself.

Halprin was among the inmates who escaped from a South Texas prison in 2000 and committed numerous robberies, including one in which a suburban Dallas police officer was fatally shot.

He has maintained that he never fired a weapon in the December 2000 shooting of 29-year-old Irving police officer Aubrey Hawkins. Halprin was convicted under Texas’ law of parties, in which a person can be held responsible for another individual’s crime if he or she assisted or attempted to help in the commission of that crime.

Cunningham oversaw the death sentences of Halprin and other members of the gang.

Cunningham didn’t respond to the newspaper’s request for comment.

The former judge faced allegations of bigotry last year after telling the Dallas Morning News he has a living trust that rewards his children for marrying straight, white Christians. Cunningham was running for county commissioner at the time, and he lost the Republican runoff days later.

Amanda Tackett, who worked for Cunningham’s campaign for district attorney in 2006, told the newspaper that Cunningham repeatedly used racial slurs. Cunningham told Tackett he wanted to return the county to a place where people didn’t have to worry about Jews and other minorities, she said.

Despite his appeal, prosecutors have sought an October execution date. A judge hasn’t yet ruled on the request.