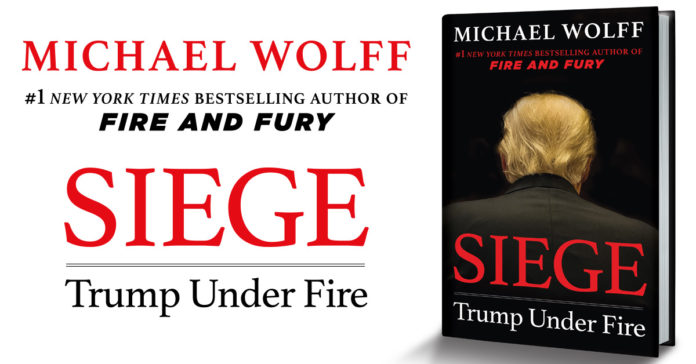 The sequel to Michael Wolff’s million-selling “Fire and Fury” is not attracting the same kind of interest, not even from President Donald Trump.

“Fire and Fury” sold more than 25,000 copies its first week despite a shortage of supply due to enormous, and unexpected, demand and sold nearly 200,000 copies the following week, according to BookScan, which tracks around 85% of physical book sales.

“Fire and Fury” went on to become one of the biggest books of 2018 despite doubts about its accuracy, although its portrait of a chaotic and feuding administration was largely affirmed by such subsequent releases as Bob Woodward’s “Fear.”

Trump has largely ignored “Siege,” which has few of the headline-making details of “Fire and Fury.”

The president tweeted angrily about Wolff’s previous book, saying it was “Full of lies, misrepresentations and sources that don’t exist.” Former White House strategist Steve Bannon was a key source for “Fire and Fury” and was mocked by Trump as “Sloppy Steve” after making such inflammatory comments as calling a 2016 Trump Tower meeting with Russian officials “treasonous.”

Bannon is again featured in “Siege,” but with the narrative focused on events following his departure, he serves more as commentator than participant. The New York Times suggested the book be read “less as a news report and more as a rhetorical gambit — a twisted bid to burnish Bannon’s anti-establishment legacy.”

“Fire and Fire” had a long run at the top of Amazon.com. As of Wednesday evening, “Siege” was No. 99.