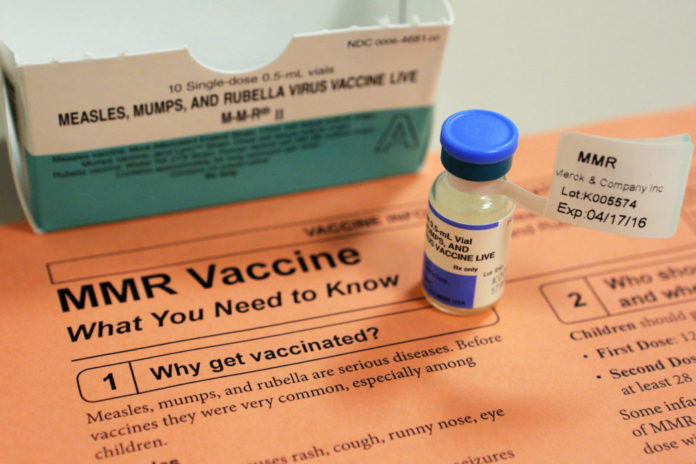 Last week, in a highly charged and controversial vote, the New York State Legislature narrowly passed a Bill to ban the use of religious exemptions for the vaccinations that are required of all school-age students. Within hours of passage, Governor Cuomo signed the law into immediate effect. I supported that action, not only as a public school administrator, responsible for the health and welfare of hundreds of special needs students, but also as a father and Yeshiva parent in Monsey, NY.

While others have taken up battle lines drawn between the public health needs of a community and the religious rights of families, I am coming from a different perspective. In my opinion, only by banning religious exemptions could the Yeshivas actually be free to implement their rules and protect the health of immuno-suppressed students and others who are medically exempt from vaccinations. Permit me to explain.

For many years, New York State has given deference to parents who have challenged schools by asserting their entitlement to an exemption from immunizations “based upon a sincerely held religious belief.” In fact, this standard has been repeatedly upheld by Commissioners of Education for decades, despite the protestations of both private and public schools. This was especially troubling because many schools have argued that parents often couch their objections in “religious language” when in fact their objections to vaccines is based solely on philosophical, scientific or medical reasons.

In 2008 and again in early 2019, Yeshiva of Spring Valley in Monsey, NY was forced by the NY State Education Commissioner to accept non-vaccinated students based on a parents interpretation of Biblical verses in Beraishis, Vayikra and Yermiyahu. This was despite the Yeshiva’s argument that there is no basis in Jewish law or tradition for non-vaccination. In fact the Yeshiva argued that “it is well accepted in Jewish law and tradition that the biblical obligation to guard one’s health includes taking necessary preventive measures such as immunization.” Nevertheless, the Commissioner ruled for the parents and their personal “religious” beliefs.

The same result occurred in 2017 for the Shefa School in Manhattan, where the parent of a non-vaccinated student argued that “it’s well within the Talmudic tradition to question generally accepted secular practices in society in the context of Jewish law and tradition.” She too cited Biblical verses, argued against the “non-kosher ingredients” in vaccines and even posited that the man-made vaccine offends her “sacred relationship with G-d” and “makes a mockery of their faith.” Over the objection of the private Jewish school, the Commissioner ruled for the mother, “based upon her interpretation of the Torah.”

[YWN Editorial: Anti Vaxxers Aren’t The Only Ones Who Lost Today‎]

This issue even got the attention of the NY Post earlier this month under the screaming headline “State Education Department Ordered Jewish School to Accept Unvaccinated Kids.” That case stems from a ruling in January against the Shulamith School in Cedarhurst that tried to exclude two nonvaxxed sisters from their program. The school’s attorney told the Post that it was their belief that students should be vaccinated “under the school’s religious belief, as a matter of Jewish law.” That case in now pending in Federal court.

The common theme is these cases is that under the prior law, these private Jewish schools could not establish their own admission standards and couldn’t even rely on their own Rabbinic authorities to determine their school policies. The individual “religious” viewpoint of a parent or an outside “Rabbi” carried more weight than the leadership of the Yeshiva because a secular authority was in essence, put in the position of deciding issues of religion, that should’ve been left up to a Vaad HaChinuch.

Private religious school’s cater to families which support their ideology and want their children educated in their particular religious traditions. For the government to interfere in that process, by supporting a personal preference disguised as a “religious right” is very wrong and it undermines Yeshivas, in this case by literally putting other students at risk.

I am mindful of the slippery slope caused by the banning of the religious exemption in NY and its implications for actual religious rights. On this issue, however, the removal of the religious exemption actually had the opposite effect. Yeshivas in New York can now, for the first time, follow their Rabbinic guidance and exclude students who pose a health risk to the larger student body.

There is no legitimate Jewish religious objection to vaccines in 2019. It is unfortunate that it took a public health scare and an act of the NY State Legislature to help the Yeshivas, and our community, deal with this crisis.

Joel Petlin is the Superintendent of the Kiryas Joel School District in Orange County, NY.