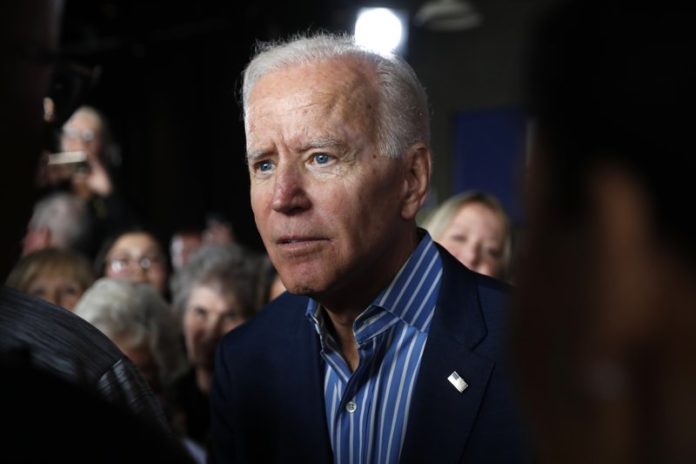 Democratic presidential front-runner Joe Biden says it would be “great” to have a female vice president, but he won’t say whether he’d pick Sen. Kamala Harris for the No. 2 spot if he receives his party’s nomination.

In an interview aired Friday on CNN, Biden said, “I think it helps having a woman on the ticket.” He was asked whether it might be Harris, who confronted him at last week’s Democratic presidential debate over his stance on busing in the 1970s. He said he was not going to get into specifics because “I don’t even have the nomination.”

Harris surged in polls after the debate confrontation , when she criticized Biden for recently highlighting his decades-old work with segregationist senators and his opposition to public school busing during the 1970s.

The former vice president is leading the pack of more than 20 Democratic presidential hopefuls .

Biden is considered a moderate at a time in which some in the party, including presidential hopefuls Sens. Elizabeth Warren and Bernie Sanders, are pushing it further left on economic and social issues.

Biden insisted that the “vast majority of Democrats are where I am on issues,” and he called the party “center-left.”