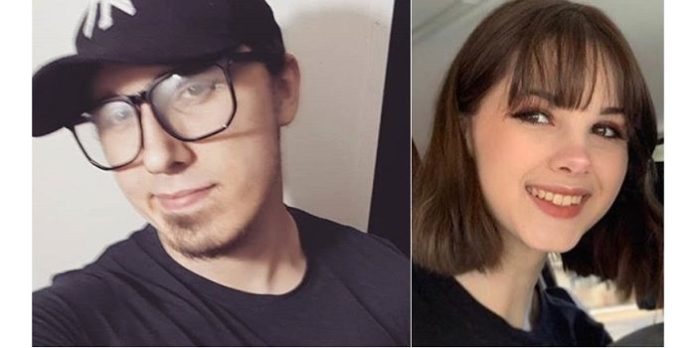 A 17-year-old girl with a small social media following in upstate New York was killed by a man she’d met recently on Instagram, who then posted photos of her corpse online, police said Monday.

The gory pictures were redistributed widely, including by online posters who made light of or celebrated the teen’s death.

Others urged people to stop circulating the images, which had appeared in online chat sites including 4chan and Discord.

Discord users who saw the photos Sunday morning alerted police. Officers were trying to find the teen when the suspect, Brandon Clark, 21, called 9-1-1 himself to report what he’d done, Utica’s public safety department said in a statement.

Officers who tracked the call found Clark stabbing himself in the neck.

Devins’ body was beneath a tarp nearby, police said.

Clark had emergency surgery but is expected to survive, police said. Charges would be filed later, authorities said.

In was unclear when Clark, who lived in Bridgewater, New York, would get a lawyer who could comment on his behalf.

Devins and Clark met on Instagram about two months ago, police said.

Initially, they were online acquaintances only, but the “relationship progressed into a personally intimate one,” police said. “They had spent time together, and were acquainted with each other’s families.”

The two attended a concert together Saturday night in New York City, where they got into an argument. They arrived back in Utica early Sunday and went to a spot on a dead-end street, according to the police statement.

There, they argued until Clark used a large knife to kill the teenager, police said. Authorities began receiving calls around 7:20 a.m. Sunday, reporting that a man posted on a social media site that he had killed a person.

After police encountered Clark stabbing himself, he laid down on a green tarp and took selfies lying across the dead teenager before officers took him into custody, police said. The case is being investigated as a murder and attempted suicide, Utica police Lt. Bryan Coromato said.

Devins’ family said in a written statement that the teen was “a talented artist” and “a wonderful young girl, taken from us all too soon.”

“Bianca’s smile brightened our lives,” the family wrote. “She will always be remembered as our Princess.”

The family statement said Devins graduated from high school last month and looked forward to attending a community college in the fall.

Utica police said they are working to address the sharing of the images with various social media platforms.

The Utica City School District issued a statement saying they “share our deepest heartfelt condolences with her family and loved ones.”