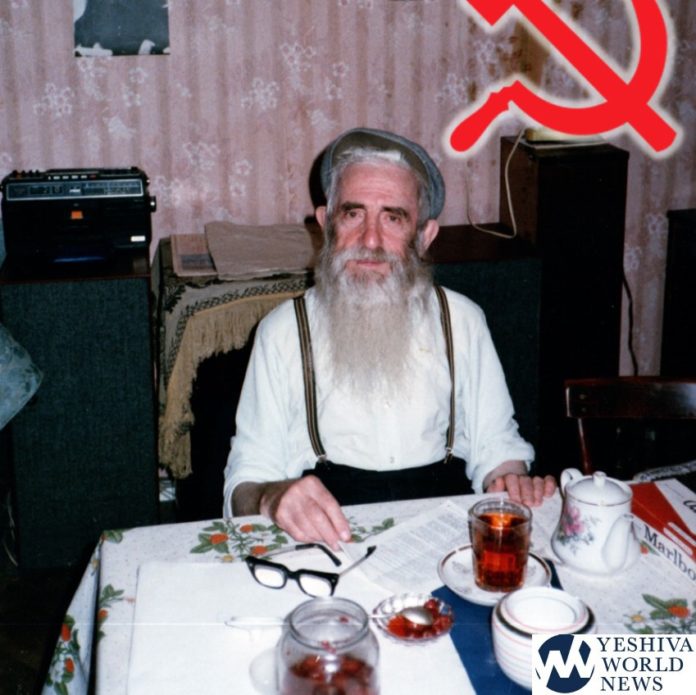 RebbeDrive is pleased to present an audio recording of a long distance phone call, documenting the Lubavitcher Rebbe’s communication to the Chassidim stuck in Communist Russia.

The phone call dated Adar 5746, is between Rabbi Berel Levy (Founder of the OK hashgacha) and Reb Getche.

At the behest of the Lubavitcher Rebbe, Rabbi Berel Levy made seven trips to the former USSR during the 1960s – 1970s. On these trips Levy would bring along spiritual essentials to the Jews of Russia. He would offer the much needed Chizzuk and inspiration to Jewish residents.

Rabbi Levy would gather information, often in the form of video interviews with various Refuseniks, which he’d bring back to the Rebbe, along with detailed reports. On two occasions, the Russian authorities arrested Rabbi Levy for having religious articles.

This recording serves as a firsthand example of the Rebbe’s meticulous care and concern regarding an individual Chossid’s health.

As is evident from this recording, communication was done in those years with various code words, as the KGB was feared to be listening into their phone calls.
Most notably is how the Rebbe is referred to as “Der Zeide”.

This recording is part of a larger collection which documents life in Soviet Russia, and is presented In honor of the yartzeit this past Shabbos – 24 Tammuz, of the famed elderly Chossid and renowned Bal Mesirus Nefesh Reb Getche Vilensky.